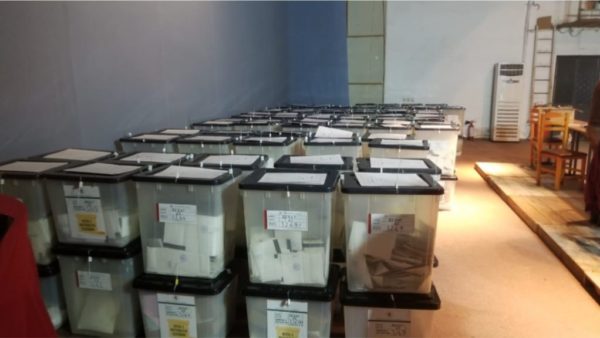 The US OSCE Mission in Albania issued an official declaration today, in which they ask the Special Anticorruption Prosecution to investigate all cases related to voting manipulation that damages the freedom of citizens.

“Vote purchase phenomena, the inclusion of the public administration in the campaign, the publication of personal data and their party affiliations”, are some of the issues noted b the OSCE mission.

The mission underlines that the inclusion of all political parties and modern technology were among the positive aspects of these elections.

The full declaration of the US Mission in the OSCE

The United States congratulates the people of Albania for their active engagement in their parliamentary elections on April 25.  We commend the Central Election Commission for holding a well-organized and appropriately transparent electoral process despite the challenges posed by the pandemic and the implementation of new technologies.

We note that this election saw the successful application of the new electoral code, the result of a compromise facilitated by the OSCE Presence in Albania and the Central Election Commission (CEC).  Additionally, as noted in ODIHR’s preliminary report, most International Election Observation Mission (IEOM) interlocutors lauded the new electronic voter identification system and saw the system as a way to mitigate the risk of double voting, family voting, and voter impersonation.  The United States was also pleased to see all relevant parties participate in the elections, the first time this occurred since 2017.

Improvements to Albania’s electoral code and the participation of a number of parties in the elections is democracy in action and shows Albania’s commitment to its democratic development.

While there were many positive aspects of Albania’s parliamentary elections, the United States notes the OSCE observation mission’s finding that the ruling party derived significant advantage from its incumbency, including through its control of local administrations and from the misuse of administrative resources.  We also note their finding that widespread practices of vote buying remained a problem, and we reinforce concerns over the leaking of sensitive personal data, including political preferences of voters.  The United States reiterates that law enforcement and the judiciary should hold accountable any individual who violated the law and obstructed the people of Albania’s right to vote in free and fair elections.  We welcome the Special Anti-Corruption Court’s (SPAK) announcement of investigations of electoral crimes.