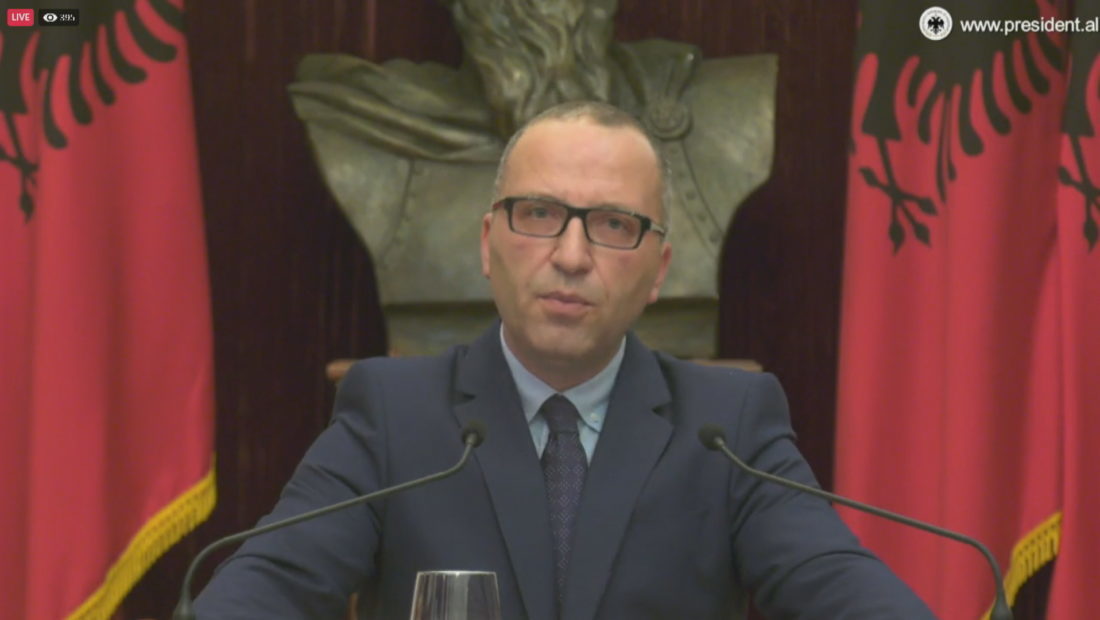 The Albanian Justice Minister, Etilda Gjonaj, commented on the decision of the Albanian President to not approve the 10 laws of the Justice Reform package. The President had returned the 10 laws, but the Parliament rejected his decree.

“The legislative package approved in this Parliament on March 2021, concluded the efforts to simplify the progress with the judicial reform. Its purpose is to increase the efficiency of the Justice System and to guarantee that the citizens will see concrete results. I underline that the arguments of the President are not founded and damage the commitment of our international partners, who are offering their expertise to assist the Albanian government with the implementation of the reform”, Gjonaj declared.

The President reacted after the Parliament’s decision to reject the decrees, who sent back for review the 10 laws of the judiciary reform.

“The Parliament reviewed ten laws that affect the heart of the Judicial Reform within one single day. Any European country would envy our MPs for this pace, for their legal and professional abilities”, declared the President’s adviser for Legal Matters, Bledar Dervishaj.

“On March 23rd, the parliament approved 10 laws drafted by the government, which changed the core of the reform. These laws were returned by the President in April. The Justice Reform was entrusted to a group of high-level experts, not to the Parliament. The Parliament only had a certification law, without the right to interfere in its core. Why is the government grabbing justice reform today? Why didn’t they consult the Venice Commission? Anyone can understand that this decision is done to control the justice system and cover their illegal activities. During this entire period, the institution of the President has returned these laws through decrees that were studied thoroughly. The Parliament lost the opportunity to prove its moral and legal integrity”, Dervshaj declared.