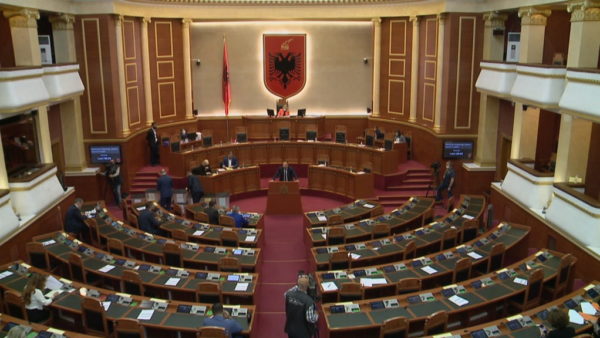 98 MPs of the Parliament of Albania approved the majority’s request to remove President Ilir Meta from his post, arguing that he had violated the Constitution before and after the April 25th elections.

Five MPs voted against, two abstained. 97 MPs voted in favor of establishing the Investigative Commission, six against and one abstained.

Taulant Balla, the Head of the Socialist Party Parliamentary Group, listed the reasons why the Parliament should dismiss President Meta. He appealed the opposition leader, Lulzim Basha, to support this move.

“He represents the nation’s unity, and he appealed the nation to sharpen their pitchforks and axes for Sunday. America should be feared because they have rockets, Russia does as well, this North-Korean also has rockets. The Institution of the President has never been violated in such a banal manner. We have seen Presidents declaring war to the people, Presidents causing debates for their moustaches, but never one like this.

“We are not removing Ilir Meta because we want to replace him with one of our own. The procedure for removing him is a moral and Constitutional obligation. This shame should be removed from Albania’s door and left to Meta. Our appeal is extended to Lulzim Basha as well. The DP has MPs who ran for the April 25th elections. It would honor them if they joined us in this initiative”, Balla declared.

Some of the MPs of the opposition have opposed the initiative. MP Ralf Gjoni declared that it is not up to the current opposition to decide on the procedure, but to the one elected on April 25th.

MP Muslim Murrizi declared that this is another move for show that has found the cooperation of the Democratic Party.