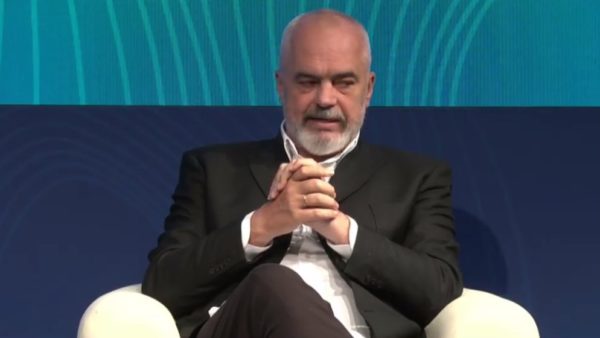 The Albanian Prime Minister, Edi Rama, declared that the EU should no longer postpone the enlargement process, as the EU needs the Western Balkans as much as the Balkans needs the EU.

If you ask me today whether Albania is ready to get in the EU, I would say “no”. Albania is not ready to be part of the EU. But you cannot leave these countries, or at least Albania, in the same position and keep telling ‘you realized this and now you need to do this as well’. It makes no sense and it also seems schizophrenic”, Rama said in the 10th State of the Union conference, with the topic “Europe, a changing world”.

“In Albania it doesn’t matter who wins the elections, when it is about the EU. The public opinion is in favor of the Eu. There is no doubt that the European path is not one of the choices, but the only, final choice. If some other countries of the region have other influential actors, I don’t think this can be said about Albania. We have different relations with others, but nothing replaces our purpose for the EU”.

The Prime Minister commented on the relations of Albania with Turkey and the EU accession process.

“Turkey is key for the EU security. The EU is key for strengthening Turkey. We have excellent relations with Turkey, which is a strategic partner. The relations with President Erdogan are excellent. I want to make it clear that there is no sign of what some sources are claiming that Erdogan and Turkey want to carry out in the region, the so-called neo-ottomanization in the Balkans and other nonsense. We are very grateful to Turkey for restauring our national heritage sites, from mosques to churches”, Rama declared.