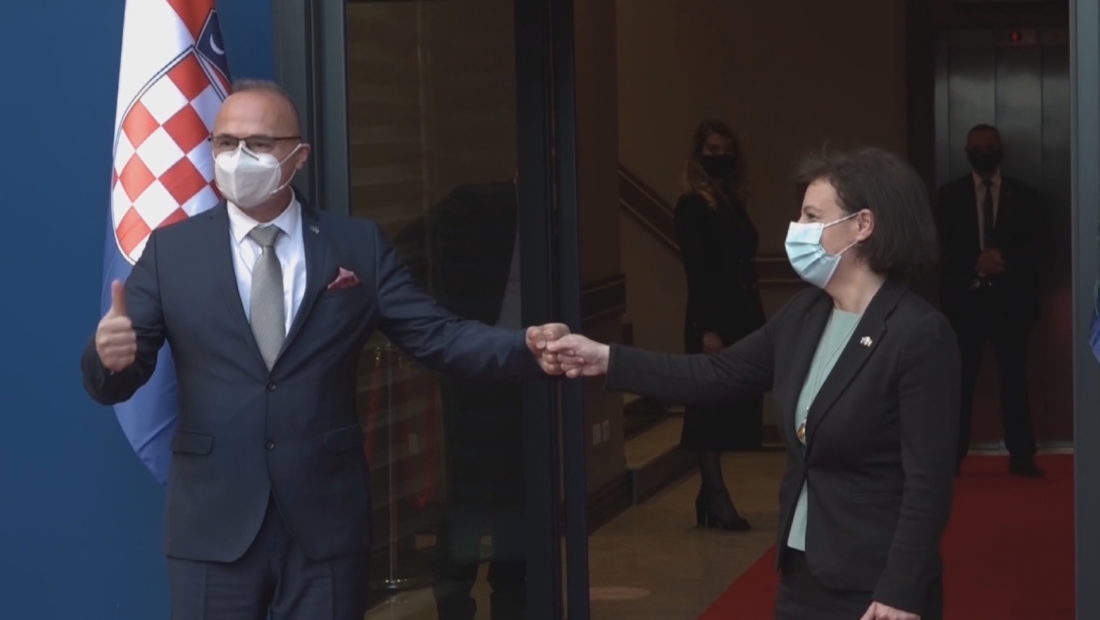 The Croatian Foreign Minister, Gordan Grlic Radman, is attending a visit in Prishtina where he announced that Croatia will donate 10,000 doses of anti-Covid vaccines.

Radman expressed Zagreb’s support to Prishtina’s dialogue with Belgrade, and to the visa liberalization for the citizens of Kosovo.

“The Republic of Croatia supports the Kosovo-Serbia bilateral dialogue, with the mediation of Lajcak and with assistance from the US administration. We call on both parties to commit for achieving an acceptable solution. Croatia also opposes any attempt to change borders in Southeast Europe.

“Croatia will engage within the EU to help the remaining EU countries to recognize Kosovo’s independence.

“I informed the Kosovo Foreign Minister about the next meeting of the Foreign Affairs Council, which will be held next week in Brussels. Croatia will once again express its support to the Eu enlargement in Southeast Europe and for Kosovo’s visa liberalization”, the Croatian Foreign Minister declared.