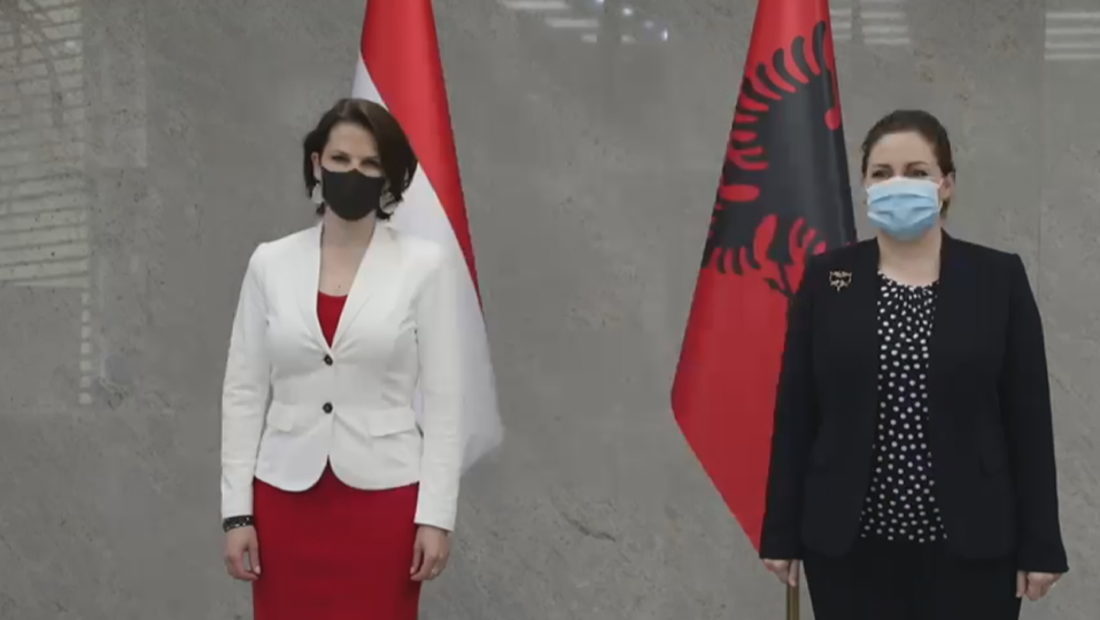 During her visit in Tirana, the Austrian Minister for Europe and Constitution, Karoline Edtstadler spoke about the involvement of Albania in the vaccination passport network, which would facilitate the movement in the EU countries.

The idea was welcomed by the Foreign Minister, Olta Xhacka, who declared that they are exploring the idea of creating a vaccination certificate.

The head of the Albanian Negotiating Group, Zef Mazi, expressed his optimism for holding the first intergovernmental conference for Albania within the presidency of Portugal.

Mazi guaranteed the Austrian minister for Albania’s commitment with the reforms, adding that this commitment should be also transmitted to the other members of the European Commission.