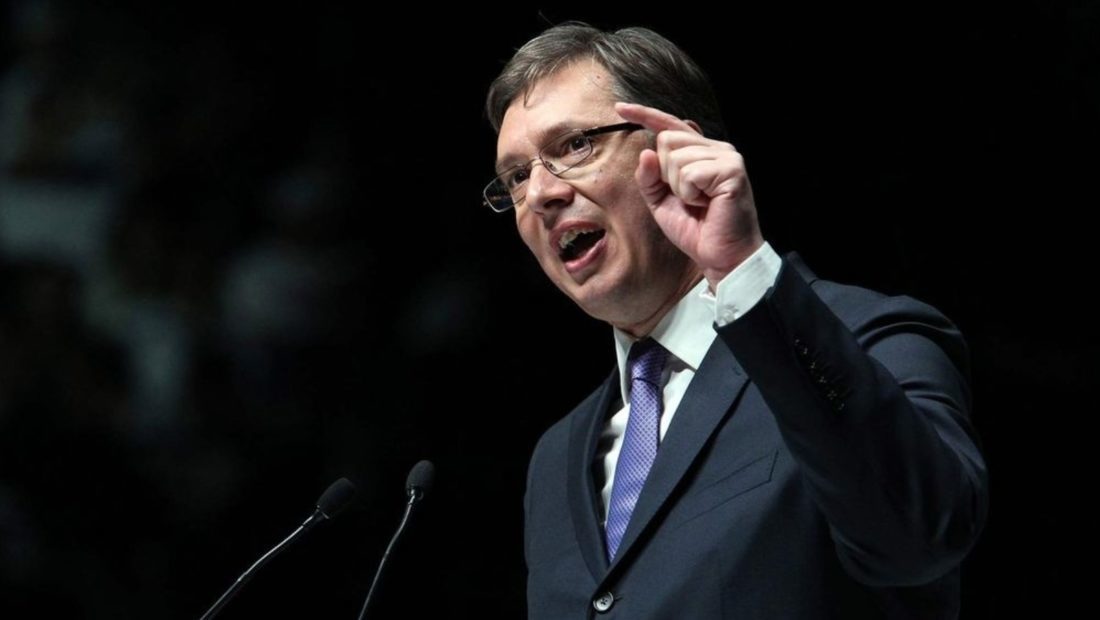 The President of Serbia, Alexandar Vucic, commented with harsh tones a possible lawsuit for genocide from Kosovo.

“Can you threaten Serbia with lawsuits for genocide? You can only do it through other countries, such as Albania. That would mean unification with Albania”, he said, asking the Kosovo Albanians to not file the lawsuit.

The Serbian President commented on the idea of changing the current broders in Western Balkans.

Vucic declared that international leaders lie when they say that they are against the idea. According to him, they support the changing of the Serbian borders.

“For Europe, Serbia can be successful only without Kosovo”, Vucic underlined, while he added that Serbia can easily reach an agreement with the other countries of the region. He accused foreign actors of trying to put obstacles to such an agreement.