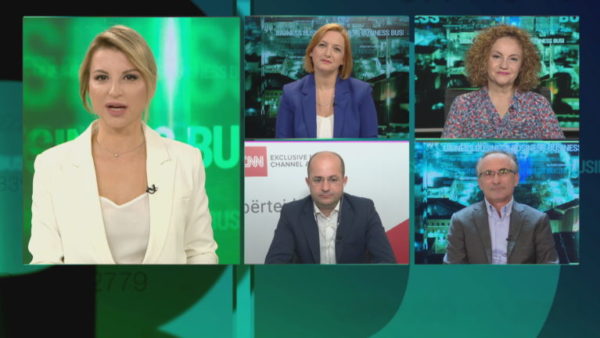 The ruling Socialist Party won a third term with the April 25th elections. During the campaign, the Albanian PM promised to change the progressive tax.

The Albanian Minister of Finances and Economy, Anila Denaj, explained on A2 Business that the Albanian people voted the progressive tax once again. The changes, according to the Minister, come to the help of the middle class.

“63% of the Albanian workers have a 0% income tax and that will continue to be like that. 10,000 more employees form the middle class are going to benefit from this. There will be more revenues from the reduced taxation”, the Minister declared.

However, economic expert Zana Guxholli underlined that this change has been compensated by increasing taxes on all citizens from the middle class who are employed in two places.

Expert Selami Xhepa underlined that the taxing system should be neutral and equal to everyone, in order to not create economic deformations.

Arben Shkodra, General Secretary from the Manufacturers Association also thinks that the tax should be fair to everyone.

“It is not fair, because there are individuals who perform as small businesses with 0 tax. They could earn 200,000 All a month and they pay no tax. Another individual, with two jobs, will have to pay 23% for a salary above 200,000 ALL. Why should the system be so disproportionate?  Our tax system is very complicated because we have constant exclusions, year after year, with different tax levels. We ave been complicating the fiscal system for the past 30 years, to the point that businesses need fiscal consulents”, Shkodra declared.