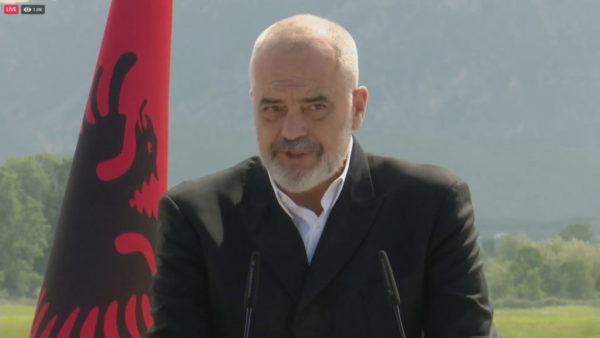 The Albanian Prime Minister, Edi Rama, thanked the European Union for the support given to Western Balkan countries, including Albania, as regards the vaccination process, after approving a 2.2 billion EUR package for the entire region.

Rama thanked the EU Commissioner for Enlargement, Oliver Varhelyi, in a joint press release: “I want to express my gratitude publicly for this extraordinary contribution in this extraordinary time. On the other hand, I want to underline that thanks to the Commissioner, the European Commission came back as a motor of solidarity, not only for the recovery plans, but also for the vaccination of European countries, including the six Western Balkan nations”, Rama declared.

The Prime Minister expressed once again the discontent that the EU left the Western Balkan outside the vaccination process.

Rama added that by August, Albania will receive the entire quantity of vaccines they have agreed on.