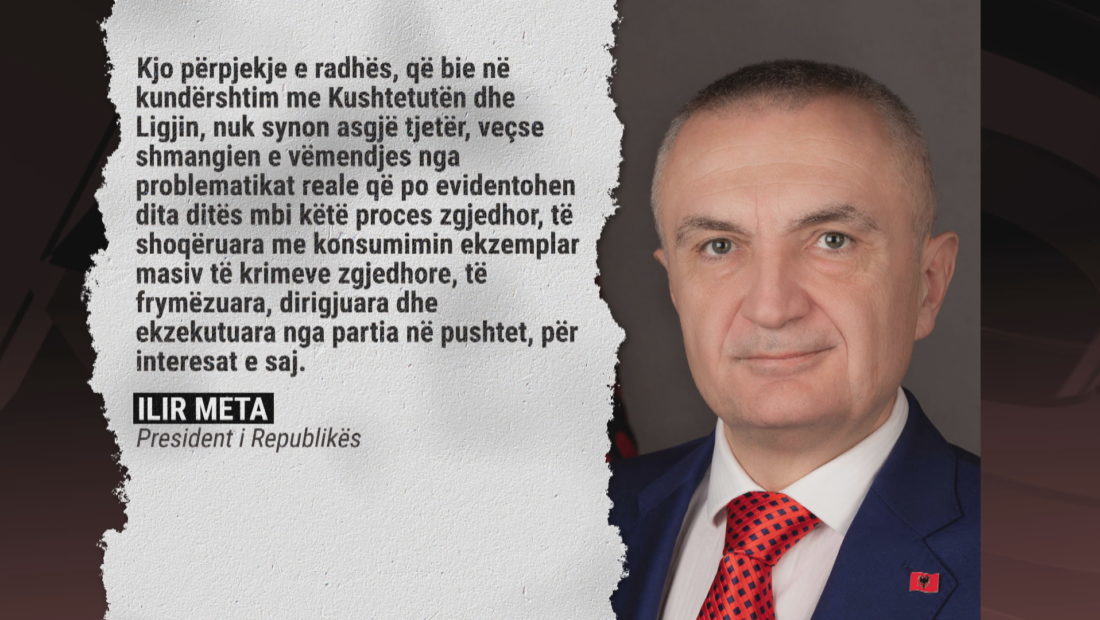 The Albanian President, Ilir Meta, was presented officially with the Parliament’s initiative to remove him form his post. The National Assembly submitted the request of 49 Socialist Party MPs who are tasked to remove the President from his post.

The President responded by saying why Edi Rama wants to remove him.

“This other effort, which goes against the Constitution and the Law, aims nothing more than shifting the attention from the real issues that are coming to light each day regarding the electoral process, accompanied by the massive and exemplary consumption of electoral crimes, inspired, directed and executed by the ruling party, for its own interests”, Meta declared.

The institutional letter exchange did not stop the Commission of Laws to proceed with the reviewing of the request. Socialist MPs Vasilika Hysi and Ervin Bushati, although they will no longer be part of the Parliament in September, proved their loyalty to the party by submitting the alleged violations of President Meta.