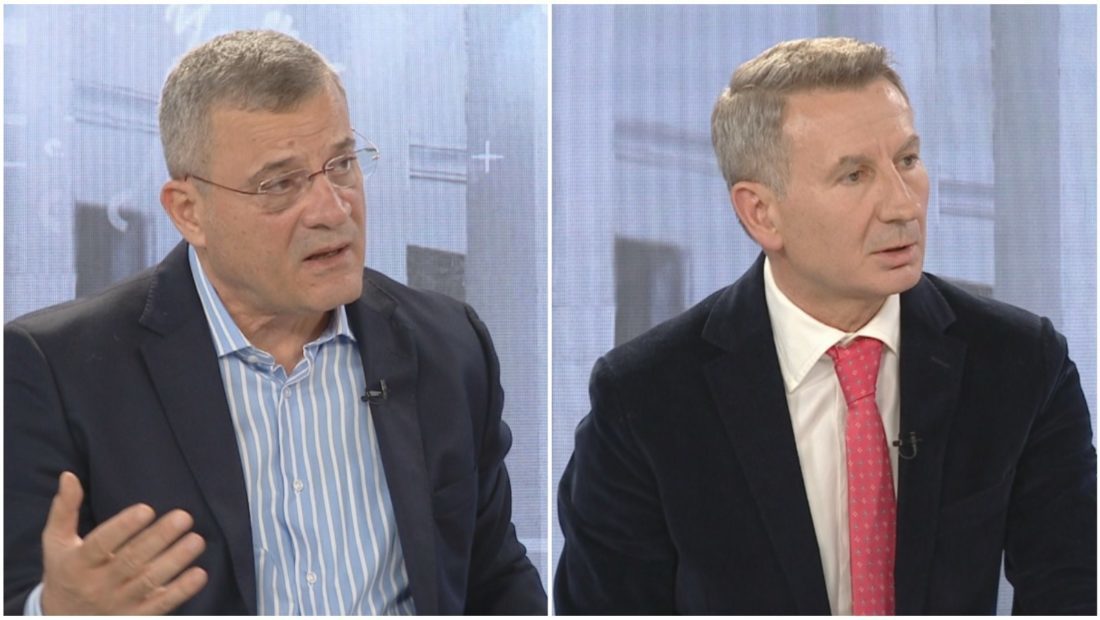 The former leading member of the Democratic Party, Arben Imami, declared on A2 Absolut 4 that there have been manipulations from Edi Rama in the April 25th elections, but the Lulzim Basha cannot remain the party’s leader after losing two consequent elections.  According to Imami, it is wrong that the party is not reacting after these elections.

The former DP member criticized Lulzim Basha for renouncing to the parliamentary seats of 2019. “We should have spoken against Lulzim Basha’s behavior since 2013, but we thought that Sali Berisha was the guarantee for him. However, he’s now out of Berisha’s control as well. The responsibility belongs to the one who took the decisions”, Imami declared.

“We spoke in 2013 with the benevolent intention to help Basha, since he was still new and without experience. We were wrong. We should have spoken strongly against him since then. We thought that Sali Berisha would be a guarantee, telling him what he should do. But he went out of control even from his mentor. Time will show that I am right”, Imami declared.

For Imami, the way how Basha is leading the DP shows incapability and corruption. He adds that he has criticized him several times in group meetings, not in public, to avoid showing a negative spirit.

Kadilli: The majority started its campaign in September, the opposition in March

Fatbardh Kadilli declared on Absolut 4  that the elections were manipulated. Basha, on the other hand, has made only one consultation with the political forum, in 2015, for the local elections, when the DP received more votes. “We were against the United for Human Rights Party, the Socialist Movement for Integration, and all the rest, but we received better results. On April 25th I believed there would be a change, but our diabolical and arrogant opponent used all legal and illegal means to enter the campaign since September. The DP started it in March, six weeks before the elections. This is one of the biggest gaffes.

“The leader has the responsibility to mobilize every capacity for the campaign. It is too late to make analyzes today. Everyone knows that the one responsible for this fatality is the party leader, who must resign and not use the fight for protecting the free vote a campaign for remaining party leader”, Kadilli declared.

Imami: If things don’t improve within the DP, the entire right-wing will remain blocked

“DP is an asset that could remove the country from the crisis. It is the main value. If this won’t be the course of events, if things won’t get better in the DP, I believe that the right-wing will remain blocked by this Party”, Imami declared.

The former member of the DP leadership added that the DP doesn’t represent anything today: not the old anti-communism, the free market or even the workers. The change must begin with the reforming of the party leader. Imami adds that the political parties are held hostage for the material interests of 3-4 persons.

Kadilli: Ready to run for the DP leadership, to bring a new model

Fatbardh Kadilli declared on “Absolut 4” that the Democratic Party must go back to its base. “We need to go back to our base. The right wing creates trust. I am contacting with everyone, even with those who defend Mr.Basha”, Kadilli declared.

When asked why the people against Basha have remained silent in the past, Kadilli declared that the problems must be discussed within the group. Discussing them outside would only damage the group.

“If he had won, Basha would be a Prime Minister today. Now that he lost he must leave, because he is becoming a problem for the party. The DP and SP have tried the political hardship. I want a DP that is strong enough to face the truth and turn this moment into reflection and recovery”, Kadilli declared.