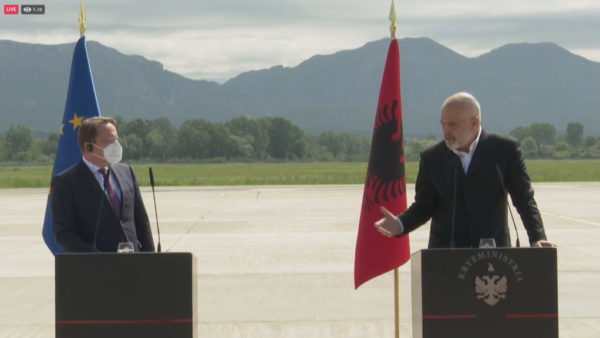 The Albanian Prime Minister, Edi Rama, declared in a joint meeting with the Commissioner for Enlargement, Oliver Varhelyi, that the regional Schengen is an initiative of the Western Balkan countries to create a joint market.

“The regional Schengen is an EU support project. Commissioner Varhelyi is a concrete contributor of this project, with an investment plan. There are so many possibilities with it and it is useless to lose time, producing stories that don’t take uas anywhere”, Rama declared.