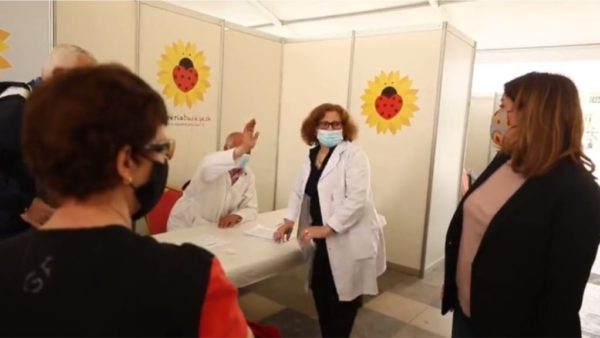 “11,700 vaccines will come from the agreement with have with Pfizer and the EU”, Manastirliu declared, as she visited the vaccination site in Tirana’s main square.

The Minsiter announced that 99,000 more vaccines are expected to arrive within May from the agreement with Covax, Pfizer and the EU.

The Health Ministry underlined that Albania has administered 500,000 vaccinations before the given deadline. This has allowed them to set a new goal: 1 million vaccines as soon as possible.

Albania has 130 patients receiving treatment in hospital, the lowest figures since the beginning of the pandemic. The infection curve has not increased. For the last two weeks, new daily cases have been below 200.

The number of deaths has also dropped. February had the highest number of victims from COVID-19. 432 persons lost their lives during February, while the total so far is 2400.

In April, the vaccines were administered even to people from 60 to 75 years of age. The 500,000 Albanians have been vaccinated so far, a number that is expected to offer a safer tourist season.