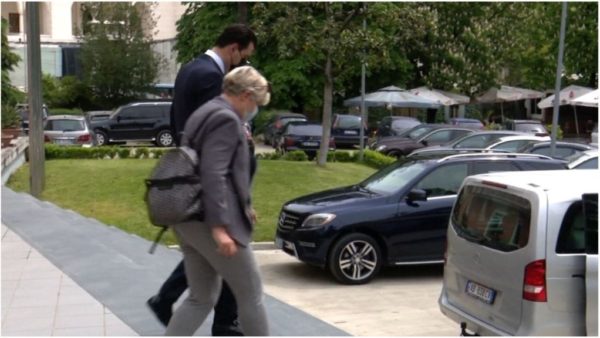 The Head of the OSCE-ODIHR, Ursula Gacek, attended a visit with the Democratic Party leader, Lulzim Basha.

The meeting comes after the April 25th elections, in which the Socialist Party won 74 seats out of 140, while the opposition is launching accusations of manipulations.

The preliminary report of the OSCE-ODIHR declared that the electoral process was calm, bringing back trust to the Albanian citizens. However, Gacek underlined that there have been many reports about vote purchase.

The Democratic Party Secretary for Legal Matters, Ivi Kaso, declared in a press release that the opposition will keep collecting evidence to prove the violations during the April 25th elections.

Kaso expressed his conviction that there will be a ballot recount and reevaluation of the results in several areas.

“The materials that we are collecting will be submitted not only at the Special Anticorruption Prosecution and at the Central Election Commission, but we also believe that they will take us to a ballot recount and reevaluation of the results for several ballot boxes. The new Electoral Code allows the opening of the ballot boxes even to smaller parties. The DP wants to shed light on this dark electoral process, characterize by many irregularities. Before the elections we filed 180 criminal cases at the Prosecution and more than 40 at the Special Anticorruption Prosecution”, Kaso declared.