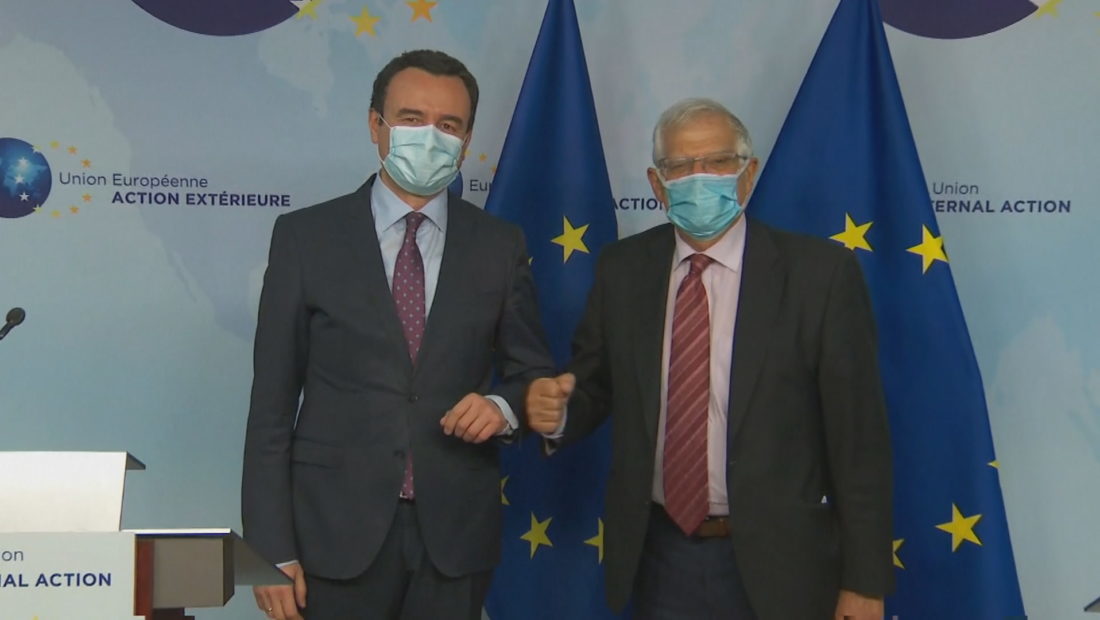 The Prime Minister of Kosovo, Albin Kurti, met with the EU High Representative for Foreign Policy, Jose Borrell, in the see of the European Commission, in Brussels.

The meeting was held behind closed doors and the result was the agreement for starting the Prishtina-Belgrade dialogue this June.

Kurti declared that his government had not neglected dialogue. In May they would meet with the opposition parties in Kosovo to take their opinions as well, and the next chapter of the dialogue can start in June.

There were also comments about the “Non-Paper” document regarding the change of the Balkan borders.

“It seems that the Non Paper is getting in fashion. You’re not someone if you don’t have one. I don’t work with “non-paper”. These ghost documents are false and not significant”, Borrell declared.