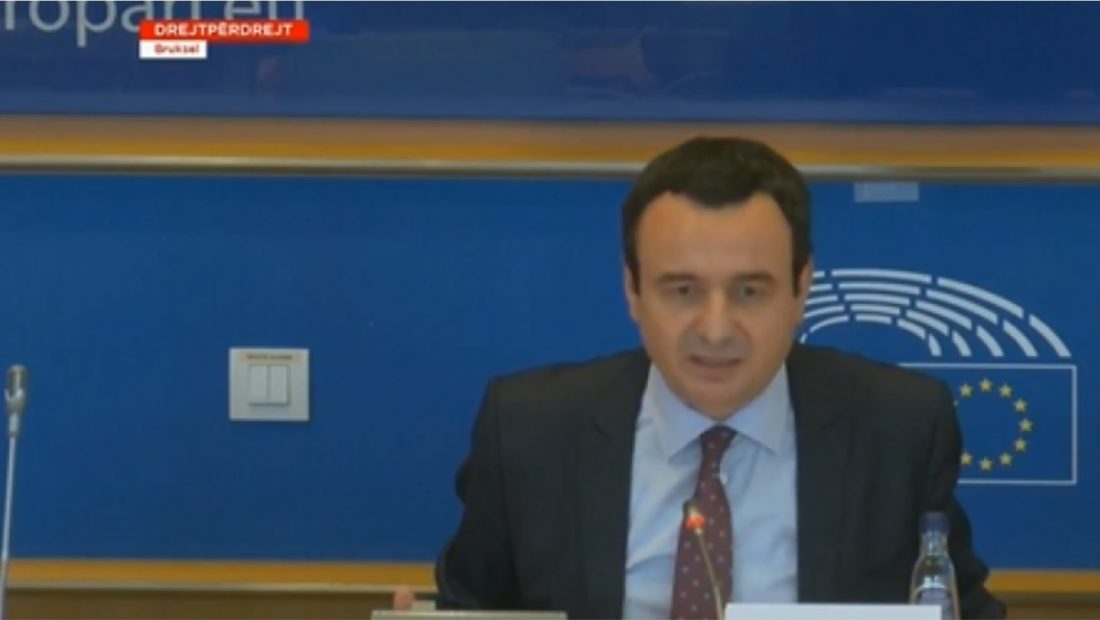 The Prime Minister of Kosovo, Albin Kurti, held a speech at the Committee for Foreign Affairs at the European Parliament, where he presented his conditions for resuming the dialogue with Serbia.

The Head of the Kosovo government declared in front of the European lawmakers that Serbia must accept the crimes of the past and the reality that the independence cannot be reversed. He also said that Serbia must pay 3 billion EUR for the war damage.

“We are for a dialogue that I well prepared and based on principles. It is an equal right. The first thing is accepting the reality. There is no reversing before the independence. The independence of Kosovo based on Ahtisari’;s plan, opening this package, means opening the list of desires and secessions that would lead  to unpredictable events. NATO had to bomb Belgrade to stop the genocide, because Belgrade was committing genocide in Kosovo with its regime.

There was a government official apparatus, with chain commands. Even after the war, the new government of Serbia did not distance itself from Miloshevic for the crimes of the past. By not distancing itself from the crimes, Serbia is being identified through them. Thirdly, there’s the equality of the representatives. We need to sit as equals and find a solution. The fourth principle is that citizens should be the ones who benefit in the end”, Kurti declared.