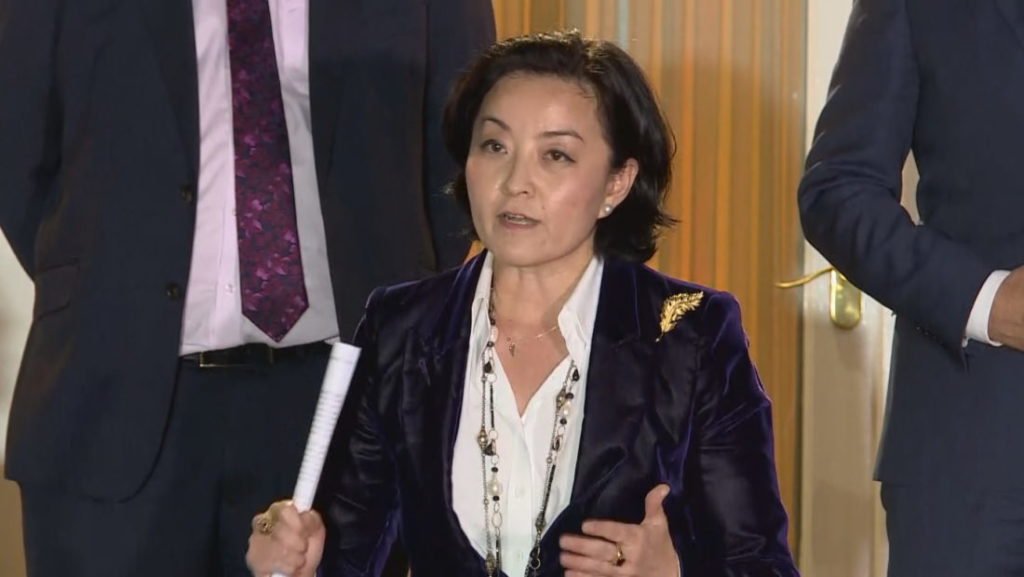 The US Ambassador to Tirana, Yuri Kim, declared that the Albanian people spoke clearly in the April 25th elections.

After congratulating Edi Rama for the victory and Lulzim Basha for a strong campaign that gave voice to many and inspired hope, Kim said that the recognition of the election result and cooperation among leaders would benefit the people of Albania.

By recognizing the results of this election & cooperating with each other, leaders will be acting responsibly for the benefit of the Albanian people. We look forward to working with Albania to further strengthen cooperation on democracy, defense, and business.

We note the OSCE/ODIHR preliminary report and look forward to the final report, which should be used to further improve Albania’s elections. We reiterate that law enforcement and judiciary should prosecute any who violated law and obstructed citizens’ right to vote freely and in peace.