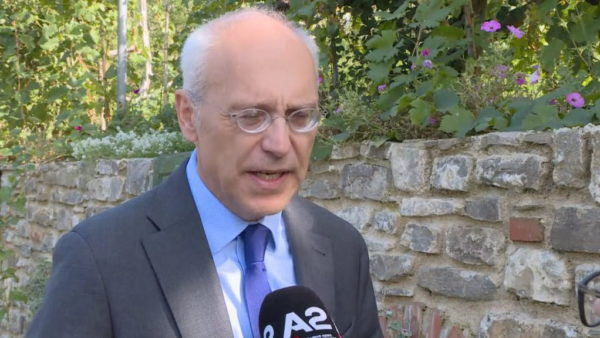 “The Election Day this Sunday was calm and peaceful almost everywhere. The fact that a large number of citizens gave their votes, makes it clear that there is a desire for deciding together. The new electoral code passed the first test successfully”, Zingraf declared.

According to the German Ambassador, the central and local electoral administration made a good job.

“We read the preliminary report of the OSCE/ODIHR and we are looking forward to the final one. All complaints and accusations related to the elections, including the vote purchase ones, should be treated quickly and without delay. The CEC and justice institutions must take a huge responsibility. The restraint and maturity of the candidates on Election Day deserve respect. I hope that all the political actors will keep a constructive and cooperative approach towards each other. We expect them to recognize the election result”, Zingraf declared.

The Ambassador underlined Albania’s future path towards the EU.

“I expect all political parties and actors to contribute actively in this direction and make steps ahead through reforms. I congratulate the Socialist Party for the victory. Its government will have a key role in this reform process. I also congratulate the Democratic Party which marked a considerable growth compared to the last elections. A healthy democracy needs a strong parliamentary opposition and its active contribution with laws and decisions that require a qualified majority. Germany will keep supporting Albania on its path”, the German Ambassador declared.