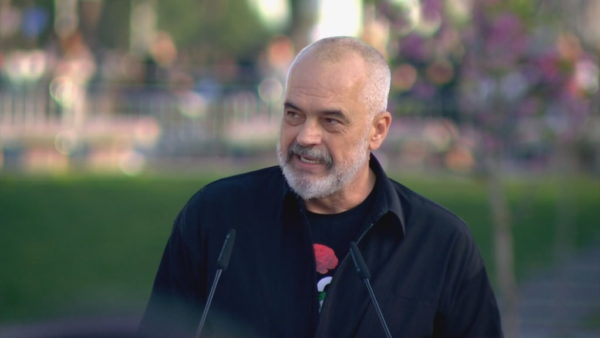 The Albanian Prime Minister, Edi Rama, met with supporters on Tirana’s main square to celebrate victory after more than 96% of the ballot boxes were counted.

In his victory speech, Rama invited the Democratic Party, Lulzim Basha, to accept the loss with dignity and the soonest possible.

“My sincere message for Lulzim BAsha is to accept the loss with the conviction that he didn’t do what he wanted to, but he did everything he could. Failing to accept in time this loss, which is not shameful at all, will only diminish the result that the Democratic Party could achieve against a victory machine such as the Socialist Party”, Rama declared.

“My Democratic Party friends, we are the best, you are the best after us. This is a fact and facts are accepted, not fought against. It is not up to me to decide how to read your result. With our without Lulzim Basha, it is very clear to us that our only opposition is the Democratic Party, and it is also our biggest victory, which gives us a bigger obligation to lay a sincere hand of cooperation  to the Democratic Party”, Rama declared.