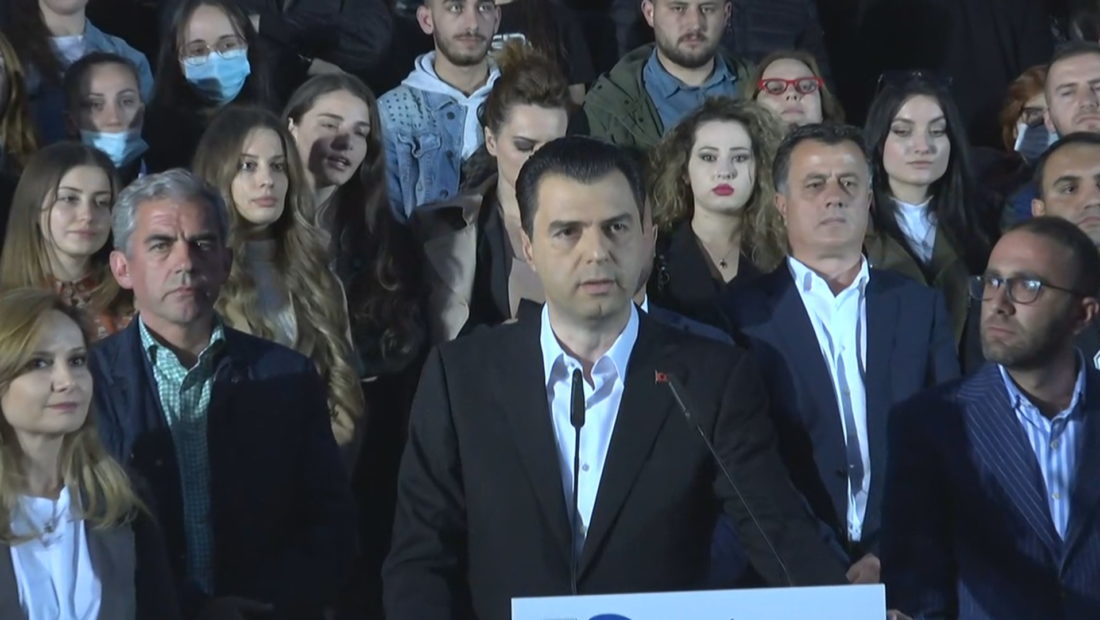 The Democratic Party leader, Lulzim Basha, in his first press release after the ballot count, accused the government of manipulating the process.

According to him, the government amended the Constitution, stole personal data, bought votes, blackmailed the administration and invalidated thousands of ballots.

Despite the loss, Basha promised that the Democratic Party will not give up and will keep fighting hard.

“We have been fighting for democracy for so many years. It took many years to bring down the communist regime, but we made it, because we are strong people, a people that believes in democracy.

“Our battle for democracy has continued even in these months. I believed that we would win and bring back democracy to Albania. But this was not enough, because these elections had nothing to do with democracy. We didn’t face a political opponent. We faced a regime that made everything possible to destroy a honest race.

“They changed the Constitution and the Electoral Code. There were dozens of thousands of invalidated ballots, the biggest number ever. Millions were used to buy votes, going against the will of the people. They used the millions received from concessions. They stole personal data. They used gangs and criminals. They blackmailed citizens, the public administration and the media, making this electoral massacre even bigger. Rama has cooperated and keeps cooperating with representative of the criminal world, such as Tom Doshi.

“Despite all of that, we were able to bring achievements and a huge victory for Albania. We became stronger. We are more determined than ever. Whoever thinks that we are going to give up, doesn’t know us very well. We will continue our battle. We will fight for democracy until we win. Our mission is bigger than us. If we surrender, Albania will never recover. We are stronger”, Basha declared.

DP writes to the CEC: We have collected data for huge irregularities

The Democratic Secretary for Legal Matters, Ivi Kaso, has sent a letter to the Central Election Commission where they recognized the irregularities registered during the voting process and ballot count.

Kaso asked the CEC to make available all cameras inside the polling stations and electoral centers, all data from electronic ID equipments, and all cross-referenced data from the list of voters.