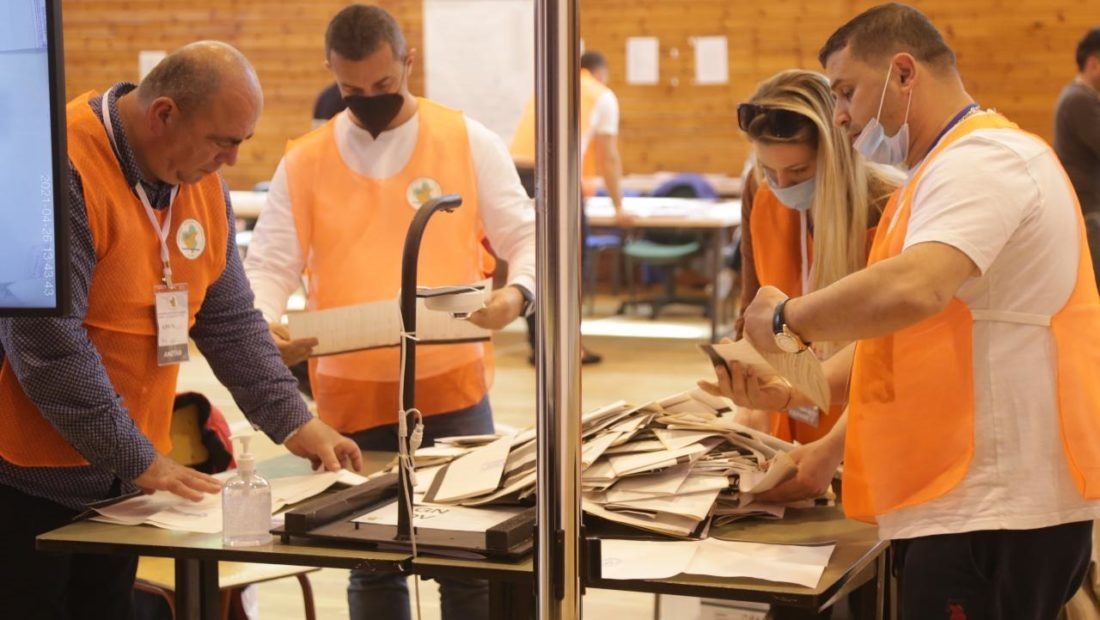 More than half of the ballots have been counted until 16:00, while the number of invalid ballots remains very high this year.

The Democratic Party leader, Lulzim Basha, declared that he was optimistic for the victory of his party. He stated that the ballot boxes counted so far come from the Socialist Party strongholds and the result is expected to change.

The political leader of the Tirana District for the Socialist Party, Erion Veliaj, declared victory in the Dakti area with 52% of the votes. Veliaj declared that the SP saw a sudden increase in the area.

The first area of Tirana that completed its counting was Administrative Unit 10, where residents used electronic voting, as part of the testing procedure. The Socialist Party won in this area, while the Democrats saw an increase compared to past elections. For DP leader Lulzim Basha, this is a decisive sign that Albanians are voting for change and that the Democratic Party will win these elections.

The Democratic Party candidate, Jorida Tabaku, declared that they were able to break a stronghold of the Socialist Party in Tirana, for the first time in 12 years, where the DP and the SMI are ahead with almost 400 votes.

The Socialist Party also claimed victory in the “Fresku” area. According to Socialist Mayor Veliaj, this is a new record in this area, a victory with 55%.