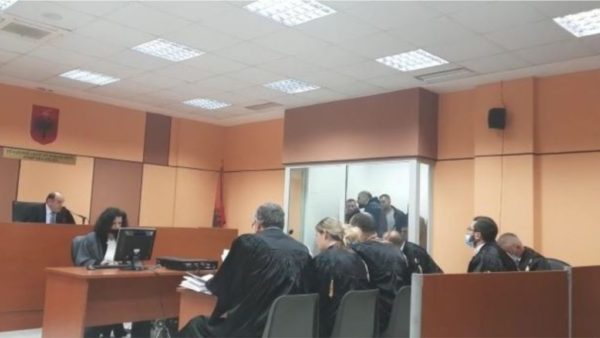 The Court of Elbasan has ruled to leave Arber Paplekaj in prison until trial for killing Pjerin Xhuvani in Elbasan two days before the elections. All the other suspects were released.

“I am shocked because one person has been killed and I don’t know the state of my family”, Paplekaj declared at court.

Paplekaj was in a group of vehicles filled with volunteers from the Democratic Party, called the “Vote Protection Structure”. According to the DP, their goal was to stop anyone who was trying to buy votes before the elections. The victim, Pjerin Xhuvani, was the former local leader of the Socialist Movement for Integration in Elbasan, recently accused by the opposition of being an activist for the Socialist Party. After a conflict, even in presence of the police, Xhuvani was shot dead by Paplekaj. Four others were wounded.

In the vehicle of Klemend Xhaferri, who is wanted by the police, investigators found a list of names and ID cards. In the vehicle of Mehmet Greca there was a large amount of money. Emiljano Prenga is hospitalized at the Military Hospital and didn’t show up at the court session. He and Nuredim Kasma have prior convictions. The Prosecution has not clarified who fired the first shot.