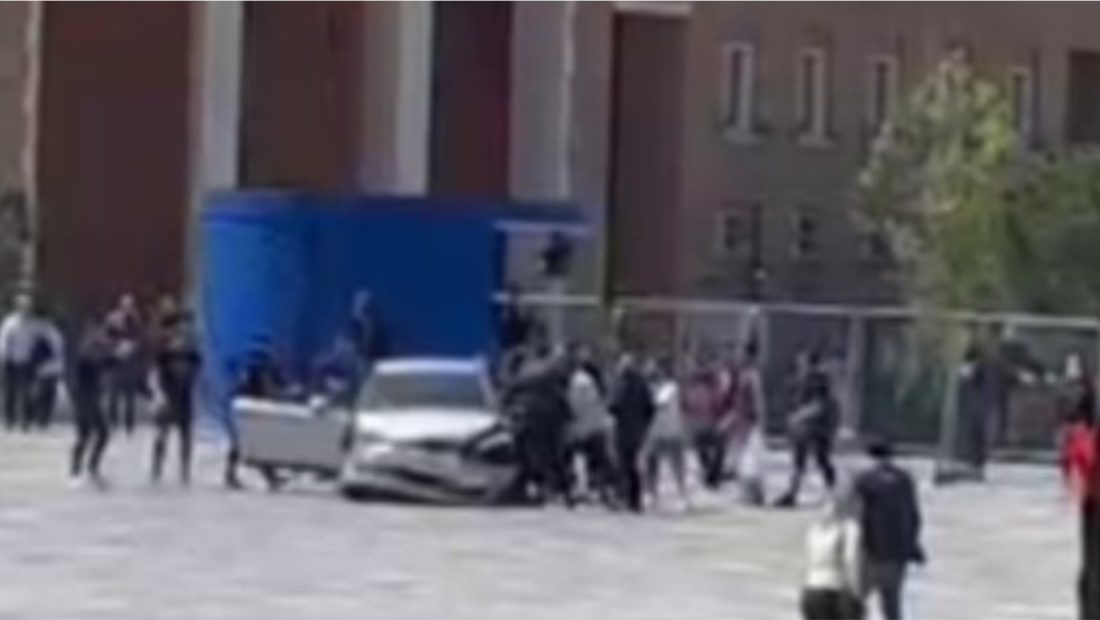 A vehicle has tried to enter the vaccination tend by causing panic among citizens.

The driver then drove after pedestrians, trying to run them over, but was neutralized by a passerby citizen.

The man who was able to neutralize the aggressor, who intervened as a hero and saved the day, is a young boy named Klodi.

“I saw a vehicle targeting citizens in a very dangerous way. I jumped with both of my legs and stopped him for the moment. Other citizens and police interfered to stop him. I don’t know how I jumped. I felt like doing it and I went for it. I was encouraged by seeing how innocent people were risking their lives. No one deserves to die at the Skanderbeg square for any reason. I hit him in the face with both my legs and the other people grabbed him. The vehicle was still moving”, Klodi said, who stopped an attacker that could have turned this day into a tragedy.

The aggressor was identified by the police as a 32-year-old man with initials A.M. Preliminary investigations show that he may have been under the influence of narcotics. Police also seized a quantity of cannabis inside the vehicle.