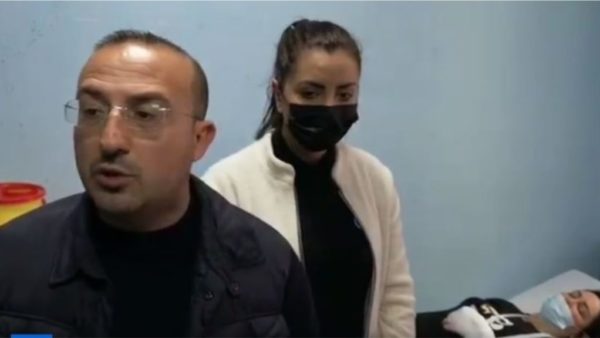 The Prosecution has opened an investigation for the incident that took place today in Divjaka, where a citizen claims that she was attacked by the local Chief of Police. According to the announcement of the Ministry of Interior, the results will be published at the end of the investigation.

“The Chief of Police has used barbarian violence against her. The Chief of Police appointed by Erion brace for the electoral campaign, didn’t allow me to exert my duty as a lawyer, with the argument that I am a member of the Democratic Party. He has violated the law and has not proceeded with any of our reports. Look at what he did today that we are in electoral silence. I appeal to the Chief of the State Police, Ardi Veliu. I am Saimir Korreshi, member of the Democratic Party. The Chief of the Divjaka police must be arrested today with urgency. If the Internal Inspection Service doesn’t arrest him, you are part of the crime, connected with Erion Brace. This crime is a shameful act of this criminal government. The institutions must act”, Korreshi declared.

Elsa Bita had posted a video on Facebook showing the Divajaka Socialist Party administration holding an electoral meeting, despite the electoral silence. She has also denounced the violence she claims came from the Chief of the Divjaka Police.