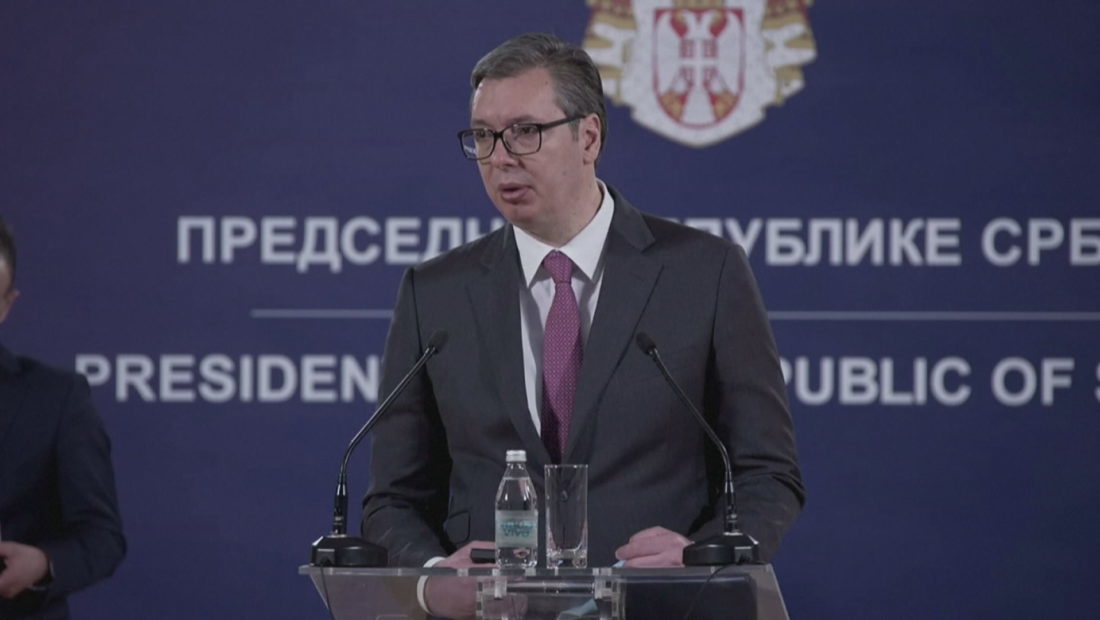 The President of Serbia, Alexandar Vucic, received in Belgrade the Foreign Minister of Germany, Heiko Maas. They discussed the anti-Covid vaccines, the EU integration, and the Kosovo-Serbia dialogue.

Vucic expressed his readiness to start the talks intermediated by Brussels and underlined that he will insist on implementing all the agreements signed in the past.

“Serbia wants no reason to refuse the compromise. I believe that a frozen conflict is not the best solution, since there will always be someone to unfreeze it. Peace with Kosovo is necessary because Serbs and Albanians will be the biggest nations of the region in the next 100 years”, Vucuic said.

Maas declared that the dialogue must not restart from the beginning, by responding this way to the request of the Kosovo President, Vjosa Osmani.

E underlined that this is the right time to continue with the talks and reach concrete results since there is political instability in both countries. The message he gave during his visit to Kosovo was that the idea of exchanging territories is dangerous and not realistic. As for the Prishtina-Belgrade dialogue, Maas said that it should be concluded with mutual recognition.