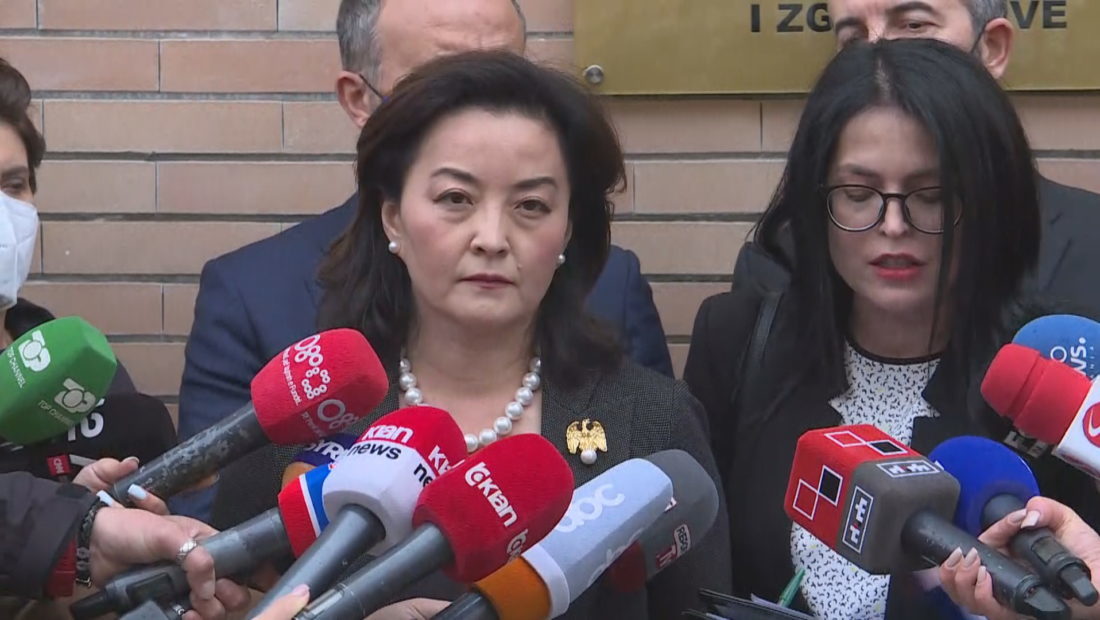 The US Ambassador, Yuri Kim, reiterated once again her appeal for a full investigation of the tragic events of April 21st, 2021, in Elbasan, where a person lost his life due to a politically motivated conflict.

“The violators will be caught and will be fully punished. There are no exceptions, no special treatments. No one is above the law. The elections are about the future, not about the past. The terrible things of the past must be left to the past”, Kim said after meeting with the Central Electoral Commission.

“Things like unauthorized groups, unofficial, armed, to protect the vote of the citizens, belong to the past. Leave the past behind. It’s not part of the future. They don’t belong to a NATO country that aims to join the EU. It is the responsibility of its leaders, starting with those who hold the highest posts. It is their responsibility to make appeals for calm and make sure that there will be no instigation. We are monitoring the actions of party leaders. I want to thank the Albanian Prime Minister, Edi Rama, and the Democratic Party leader, Lulzim Basha, who have made appeals for calm and who refuse violence”.

As for the elections, the US Ambassador declared that they were updated on the preparations for the April 25th elections.

“It is important to have a peaceful process with voters having the right to express their will. The authorities are prepared to protect their votes. Your friends from the international community is here to offer guarantees for this process. I will be among the 25 teams that will travel around the country. We will be with you as you vote and as your ballots are counted”, Kim declared.