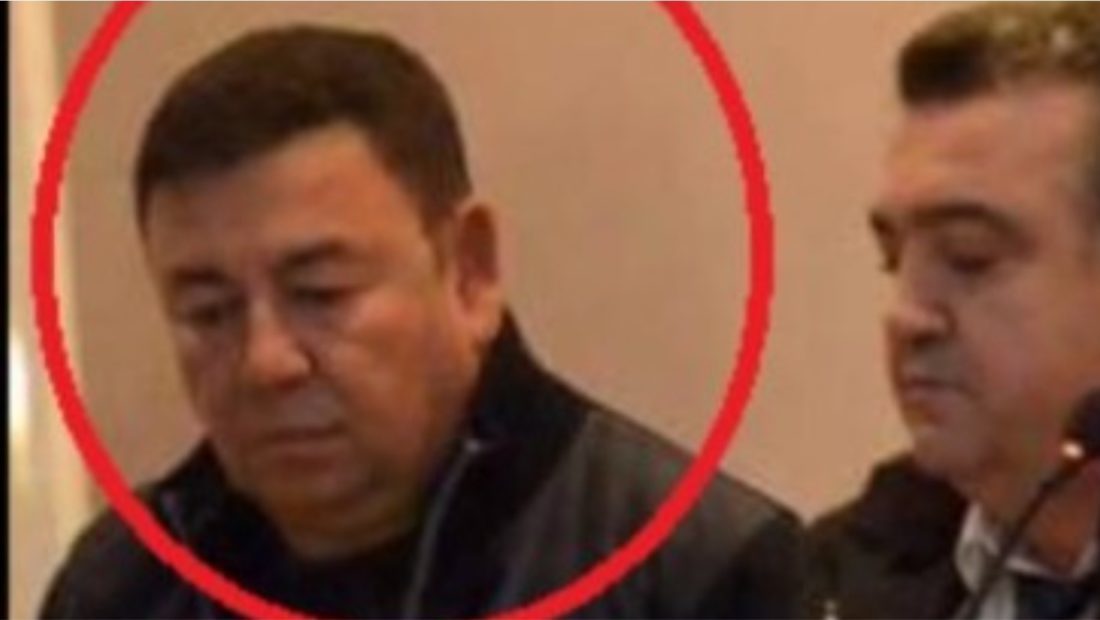 The victim, Pjerin Xhuvani, former local leader of the SMI in Elbasan, recently accused by DP of working for the SP

One person has been killed today in the city of Elbasan and three others were wounded. The victim is Pjerin Xhuvani, a former local leader of the Socialist Movement for Integration for the district of Elbasan, accused by the opposition of joining the Socialist Party recently.

Police have arrested two of the suspected authors. One of them is Arber Papleka, the bodyguard of Gazmend Bardhi, the coordinator of the Democratic Party in Elbasan. Papleka is also a former member of the RENEA Forces.

Years ago Xhuvani was arrested for corruption when he was Director of the Regional Directory for the Insurance Fund.

In July 2016, the Tirana Court sentenced him to three years in prison, later converted to 2.5 years of probation. In 2017 he was part of the Party for Justice, Unity and Integration.

Six other people have been involved in the conflict. Three were wounded, one of them is a female police officer why tried to stop the fight.

The conflict has apparently been politically motivated.

The Democratic Party claimed that a vehicle had been identified in this neighborhood, near an electoral office of the Democratic Party, and the persons inside were giving away money in exchange for votes on behalf of the Socialist Party.

The Albanian President, Ilir Meta, considered Elbasan a problematic district and said that he cannot comment on the killing without having full knowledge of the facts. He accused the Police and the Prosecution of being impartial in investigating the electoral crimes. He also accused the Police of Elbasan of cooperating with criminals, with the permission of Taulant Balla, the main candidate of the Socialist Party in this district.

Gazmend Bardhi, on the other hand, the political leader of the Democratic Party in Elbasan, declared that he doesn’t have enough information on what happened, but the vehicle that was found was full of ID cards and money.

Police is looking for Kelmend Xhaferri, in relation to the fatal shooting that took place today in Elbasan.

Xhaferri is known as the right hand of Suel Cela, the man who was accused of the incident with the Police in Elbasan, 2017. Video footage showed Cela hitting a police vehicle in Elbasan. He was later found not guilty by the court.

PM Rama reacts to the fatal incident in Elbasan

The Albanian Prime Minister, Edi Rama, reacted to the killing of Pjerin Xhuvani. Rama said on Facebook that the desperation of losers should not be cause to lose their calm and patience.

“April 25th will unify Albanians to take the country the country where it deserves to be, and punish forces that want to turn into the snake under our feet”, Rama declared.

The General Secretary of the Socialist Party, Taulant Balla, visited the police officer who was wounded today trying to stop the conflict that left one dead and three wounded today in Elbasan.

Balla declared that the Democratic Party landed in Elbasan with paramilitary men who terrorized the residents.

“The Van of the DP came with armed persons”, Balla said.

He declared that the reaction of the Democratic Party coordinator in Elbasan was shameful, by even desecrating the image of the victim who was lying dead.

US Embassy appeals Basha, Rama and Meta to exercise restraint

“We have seen the reports of violence in Elbasan today resulting in the death of one individual and injury to others. We call on law enforcement officials to investigate this incident quickly and thoroughly, identify perpetrators, and prosecute them to the full extent of the law. Those who engage in such violence must be punished. Ambassador Kim has asked President Meta, Prime Minister Rama, and Democratic Party Chairman Basha to exercise restraint – and to lead accordingly – pending investigation of this case. Our actions must be based on facts, not fear or rumor. With just a few days remaining before elections on April 25, we reiterate our statement of March 26 calling for leaders – those in office and those seeking office – to clearly reject violence. The U.S. Embassy will continue to monitor the situation closely”, the US Embassy declared.

The EU Embassy to Tirana reacted to the violent incident that took place in Elbasan today, causing the death of Pjerin Xhuvani, a former local leader of the Socialist Movement for Integration and currently accused by the Democratic Party of working with the Socialist Party.

“The violent act that took place in Elbasan today must be rapidly investigated by the competent authorities, and clarity about responsibilities needs to be made and followed up thoroughly. We call for restraint and avoidance of violence, inflammatory rhetoric, and hate speech in this crucial moment of the electoral campaign ”, the EU Embassy declared on social networks.

The former Minister of Interior, Sander Lleshaj, reacted on Facebook by saying that today’s killing had all the features of a paid political assassination. He appealed to politicians to stop the craziness. Lleshaj underlined that in such shocking moments, the Prosecution must take all the measures to stop those who ordered and supported this murder.

He appeals to the political parties to distance themselves from the violent acts and illegal interventions in the elections, and contribute to calming the situation.

“Albania is at a key political moment. No one should be allowed to desecrate the elections and to pour blood against the future of this country”, Lleshaj declared.