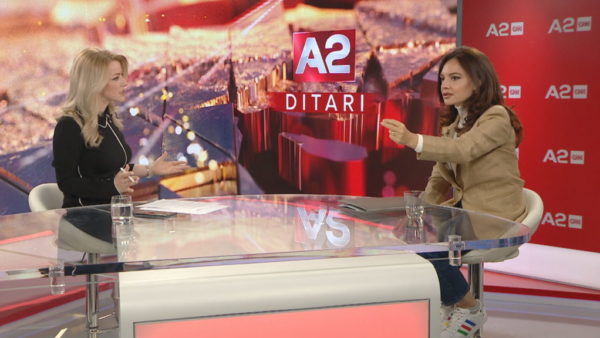 Elisa Spiropali, the Socialist Party candidate for the April 25th elections, today’s guest on “Ditar”, commented on the electoral campaign and the recent developments in our country.

Asked about the “patrons”, persons allegedly working for the Socialist Party to monitor assigned individuals and affect their vote, Spiropali said that Basha and President Ilir Meta are already working to find an alibi for their loss.

For Spiropali, Meta is not a President, but the greatest instigator of turmoil. “These words were spread by Ilir Meta, Sali Berisha, and those who are looking for an alibi for their certain loss. They are looking for “patrons” and banal conflicts, hunting for negative news as always, and distorting the truth. The President projects his own nightmares on the society”, Spiropali declared, accusing Meta of not being the President of the republic, but the biggest instigator of turmoil, throwing gasoline to a fire that doesn’t even exist.

She declared that the database that was made public in the past days was not the one that the Socialist Party have, but another one that has been circulating on the internet since 2009, and that the government has been trying to close.