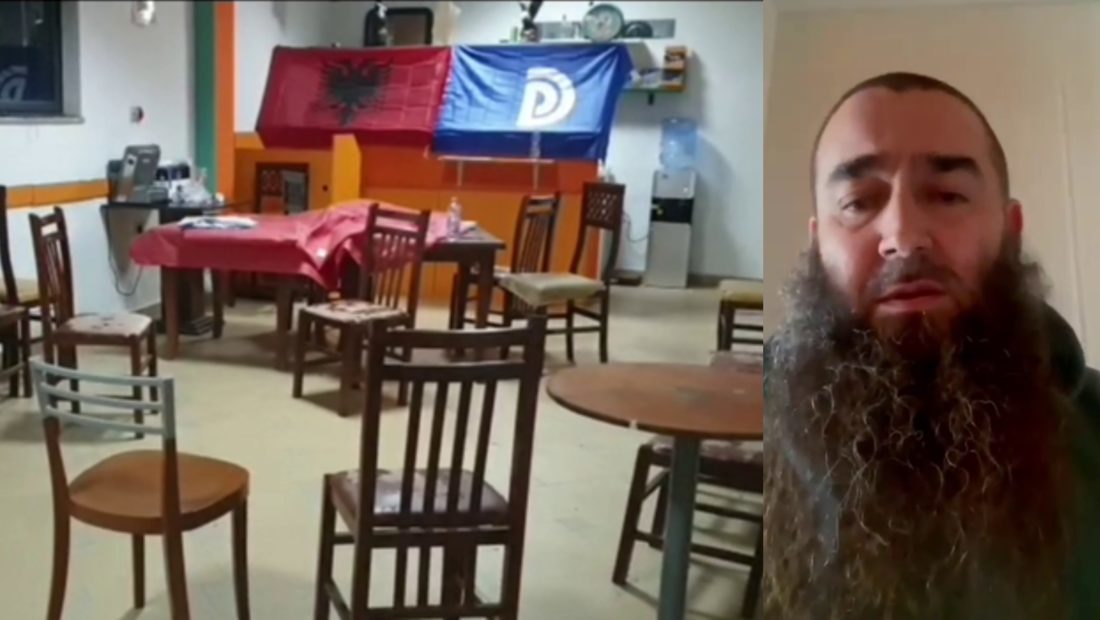 The man who is suspected of wounding another person inside an electoral office of the Democratic Party in Kavaja has confessed in a video that he published online.

He declared that he is not a militant of the Socialist Party, as accused by the Democrats, while he underlines that he has made sacrifices for the DP.

“I want to make it clear to my Muslim brothers that they should stay calm. I have no intention to be involved with politics. I was told that Basha considered me a Socialist and it doesn’t sit well with me that he forgot all the sacrifices that I have done all my life for the Democratic Party. He did it only so that he could use this moment for his electoral campaign. The old members of the DP know it very well whether I am a Socialist or not. I have kept the doors of my cafe open for the boys of the Democratic Party. I have made a lot of sacrifices for the DP but it wouldn’t be nice to go into that right now”, he said, adding that his family has two surnames because the uncle of his father was arrested for the bomb at the Russian Embassy during the communist regime, and was sentenced to death.