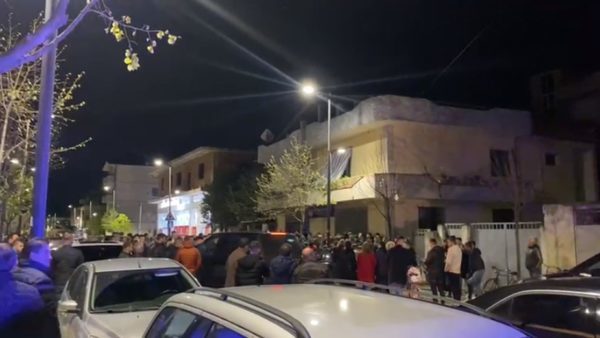 A 27-year-old man was wounded today by a firearm inside the offices of the Democratic Party in Kavaja.

According to the police, the conflict was based on banal motives.

The Democratic Party leader and the President of Albania have both rushed to Kavaja.

The DP leader, Lulzim Basha, accused the Albanian Prime Minister of the incident. Basha called it an attempt against the Alliance for Change, but that will take the deserved response on April 25th. Basha said that such incidents are showing that Rama is facing his end and that such events have marked the downfall of many dictators.

The President of Albania, Ilir Meta, reacted through his spokesperson who stated that the President is following the situation with great concern. After completing his meeting in Elbasan with the religious leaders, Meta will travel to Kavaja. The President appealed to citizens to not fall prey to provocations and to keep their calm before the “referendum for the great change”, as he addressed the elections of April 25th.

The Prime Minister of Albania, Edi Rama, reacted on Twitter after the incident. He called it an intolerable event, and invited the DP leader, Lulzim Basha, to join him in supporting justice without encouraging tension.

“The wounding in Kavaja is intolerable. The person must be cuffed the soonest possible. Politicizing this incident is as bad as the crime itself. Lulzim Basha must join me in supporting justice without encouraging tension.