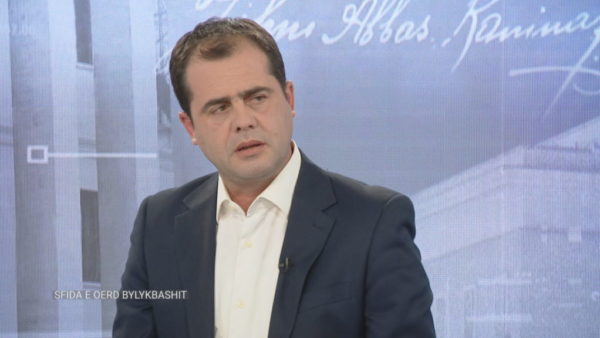 The Democratic Party candidate for the District of Durres, Oerd Bylykbashi, declared on today’s “Absolut 4” that the incident in Kavaja, where a person was shot by firearm inside the electoral office of their party, is an attack against democracy. Same as his party leader, Bylykbashi accused PM Rama of as the architect of this incident with the purpose to silence the opposition. However, he declared that the opposition will not be intimidated. On the contrary, it will mobilize even more on April 25th to give Ram the deserved response with the elections.

Bylykbashi mentioned the former Mayor of Kavaja (where the incident took place), Elvis Roshi, from the ranks of the Socialist Party. Roshi was forced to leave office due to prior convictions for illegal arms possession and intentional injuring of a person. Bylykbashi said that Roshi was protected by Rama and that the Kavaja attack was politically motivated. He mentioned the case of another family in Durres, which, according to Bylykbashi, was attacked for holding the flag of the Democratic Party in their home.

The Democratic Party candidate reiterated that people will vote without fear on Aoril 25th, despite the “patronage persons” from the Socialist Party, activists tasked to contact and influence voters by having their personal data available, an accusation launched by the opposition against the government the last week.

As regards the ballot count process, Bylykbashi declared that the ballot boxes can be reopened and recounted very easily. Any opposition commissioner has tasked to open any ballot box. And the new electoral reform provides prison sentences for counters who manipulate.