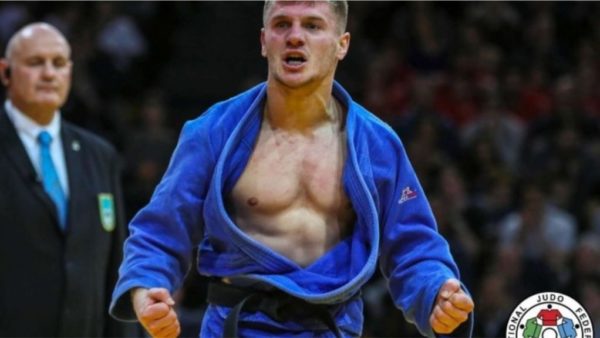 Akil Gjakova is the new European champion in Judo, for the 73 kg weight. He has won the golden medal at the championship held in Lisbon.

Gjakova won in the final against the judo fighter form Israel, Tohar Butbul, who was considered the main contender for this title.

For Akil, this is the highest achievement in his career, so far. The first match held with Butbul was won by the Israeli fighter.