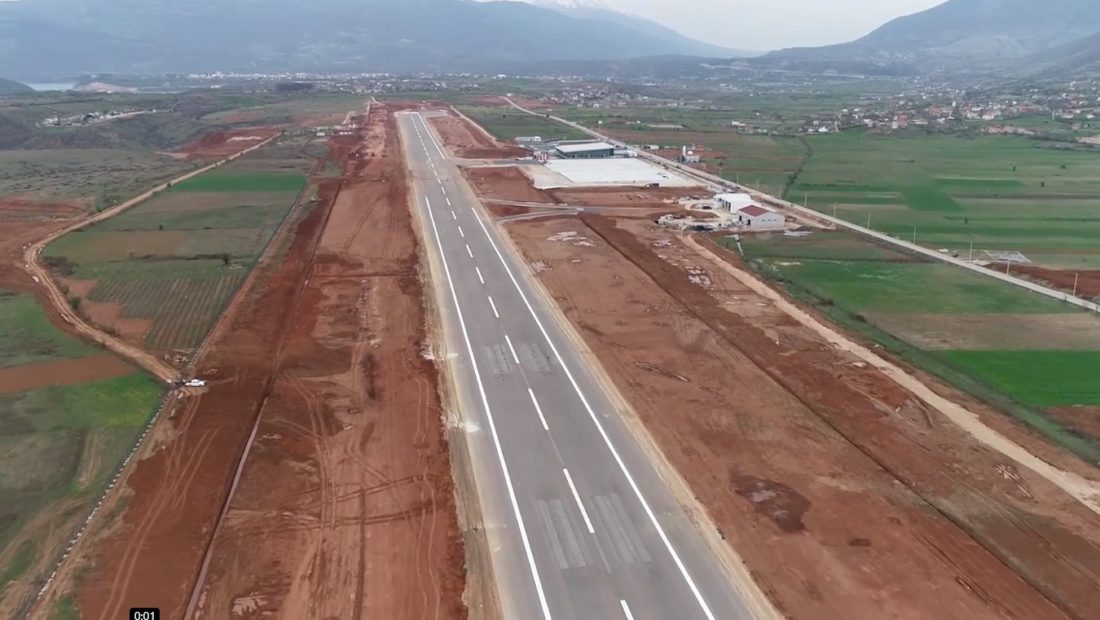 The Albanian Minister of Infrastructure and Energy, Belinda Balluku, declared that the Kukes Airport “Zayed-Wings of the North” is ready for the first flight.

Balluku said that this airport will serve to all countries with Albanian population.

“The airport is becoming a reality. We are just a few hours from the first flight. We have a clear plan, based on studies, although many are questioning whether Albania needs this airport. This is a low-cost Airport. It will serve to all Albanians. It will offer very competitive prices”, Balluku added.