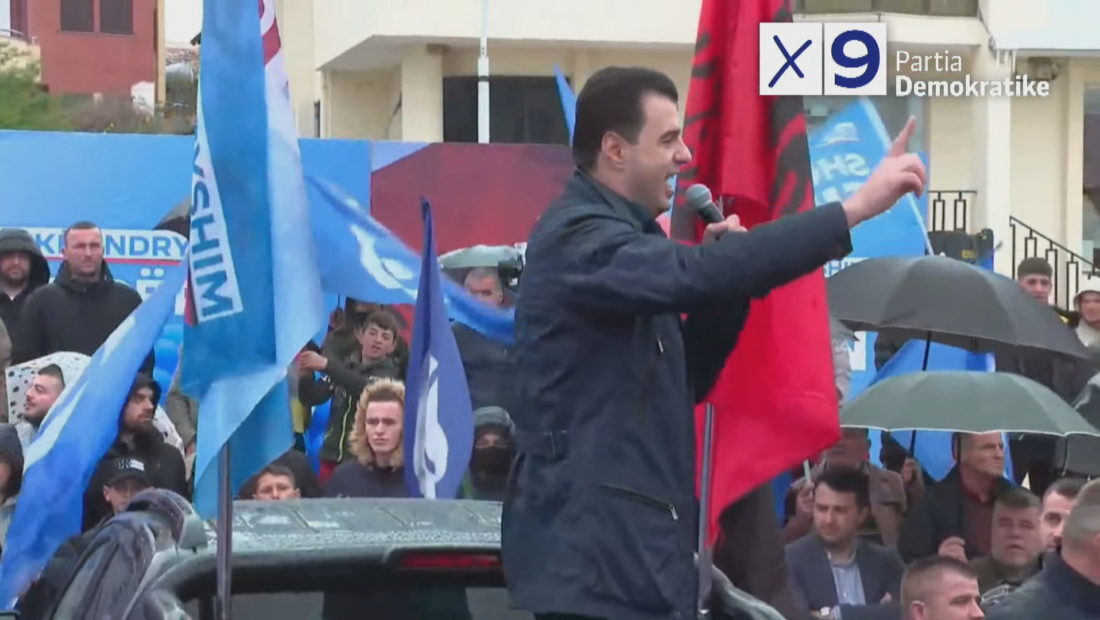 The Democratic Party leader, Lulzim Basha, visited nine cities within one day. In his electoral meeting in Shijak, Basha said that Edi Rama expects to lose, this is why he demands cooperation with the Democratic Party.

“There will no change without removing Edi Rama first. Look at how he begs now that he understood that most of the Albanian citizens want change. He wants to become part of the Alliance for Change. Edi Rama, your time is over. The time of unkept promises is over”, Basha declared.

Shijak is one of the areas that were affected by the November 26th earthquake. Basha accused the government of abusing with the construction funds.

The DP leader promised that after April 25th, those who blackmail citizens in exchange for votes will be facing justice.

Basha’s tour started today in Saranda and will finish in Tropoja.