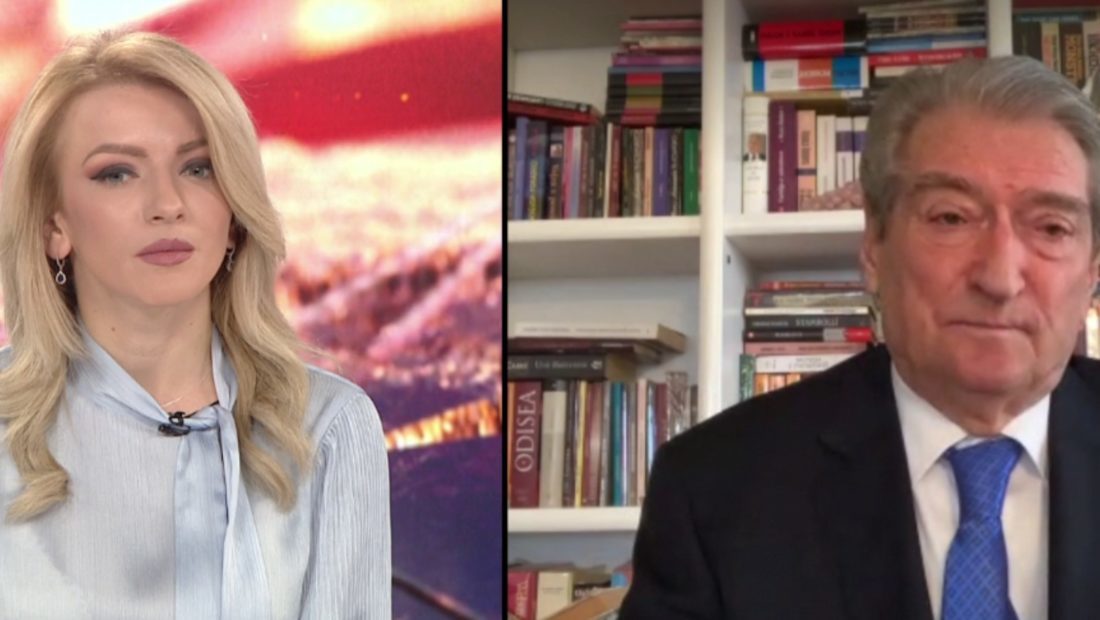 The former Democratic Party leader, former Prime Minister and former President of Albania, Sali Berisha, declared for A2 CNN that the April 25th elections will divide the generations just like they did in 1992.

“I experienced a similar thrill for the elections of 1002. There is a similarity. The elections of April 25th will divide the generations. These elections will bring to power a new generation that was raised and formed under a Democratic system. This will be the first Prime Minister since 1930 who has attended the best universities of the West”, Berisha declared.

A few days ago, the Albanian Prime Minister invited the DP leader, Lulzim Basha, to cooperate if he distances himself from Sali Berisha and Ilir Meta.

“The loser is begging. He is feeling the loss. He is panicking. He experience a physical fatigue. You can see him with shirts long to the knee in every electoral meeting, which shows his physical problems. He is a person without a program and who is witnessing his end. He begs to the opponent that he called a ‘puppe’ until a few days ago. Basha gave him a very clear response”, Berisha declared.

“I want to guarantee the Albanian people that the old agreement didn’t signify an agreement with Rama. The co-governing is categorically excluded. No one wants him in Albania. Making an alliance with him means orienting your country towards Asia, not Europe. It means leaving foreign investors outside. Every Albanian knows that it would be the death of democracy. We can cooperate with the opposition for the country’s integration, not for co-governing”, Berisha declared.

Berisha: Rama is in denial. Basha didn’t fall to his level

Berisha accused the Prime Minister of suffering from deep psychological issues, and that he is in denial. He refuses to accept the ugly truth and keeps accusing the opponents.

“Rama has huge physical and psychic problems. The psychic proglems give him a denial phase. He does everything possible to not accept the truth. In this context, Sali Berisha has turned into his deity. Because primitive people used to see fire, thunder and water, and turn them into a deity”, Berisha declared.

As regards the electoral campaign, Berusha underlines that Basha is conducing an excellent campaign under this pandemic. Different from Rama, who, according to Berisha, is trying to throw mud against the opponent.

“The President has the obligation to protect the Constitution. He cannot ignore the flagrant daily violations. He is not conducting a campaign. He is denouncing the violation of the principles for free and fair elections.

Berisha declared that the current government is being totally engaged with the campaign, but Albania is experiencing a new dawn.

“In Kosovo, politics were entrusted to a new generation. This is happening in Albania as well. The big loser (Rama) is violating every principle of free elections, but nothing can stop the hurricane”, Berisha declared.

The former Prime Minister said that Rama won the elections eight years ago but he kept acting as if he was in opposition. He sees a political undertaker in Lulzim Basha. Basha is burying him, and he says that he doesn’t exist. Then he only launches vulgar attacks against Basha’s campaign” Berisha declared.

Should Basha resign if he loses the elections?

Sali berisha thinks that the result of the Democratic Party in these elections will be a responsibility of Lulzim Basha.

“For all developments, the main responsibility falls on the party leader. But to be fair, this time I can see an atmosphere of victory that keeps growing”, Berisha declared.

He added that Lulzim Basha is already thinking about is next cabinet, to express his gratitude to the voters.

“I am certain that he will keep his promises. He is committed to open the EU accession negotiations within the first 100 days, a very important commitment, but truly doable”, Berisha declared.

Berisha appeals to Albanians to check the vaccine expiration date

The former Albanian Prime Minister said that he has recovered from COVID-19 and he still antibodies. He confirmed that he will get the vaccine when his doctor will advise him to do so. He appealed the Albanian citizens to check the expiration date before taking the vaccine.

He accused Rama of playing games with the vaccine, and declared that Albania must follow the example of Serbia, which is being more serious.

“The Serbian Prime Minister declared that they did a quick AstraZeneca vaccine since it would expire within a few days. They don’t play games with the vaccine, such as Rama. Serbia is a champion country.

Je added that the coronavirus situation in Albania remains dramatic. He doubts on the official numbers regarding deaths. “Albania had this year 10,500 deaths more than before. We’re even worse than Peru, the country with a mortality rate of 300 for 100,000 citizens”, Berisha declared on A2.

The former Prime Minister warned the LAbanian people that there have been several reports made against Sinovac.

“The first products of Sinovac had an expiration date until September 2023.  These contingents were considered to expire on March 23rd, 2021. No medicament should be used after the expiry date.