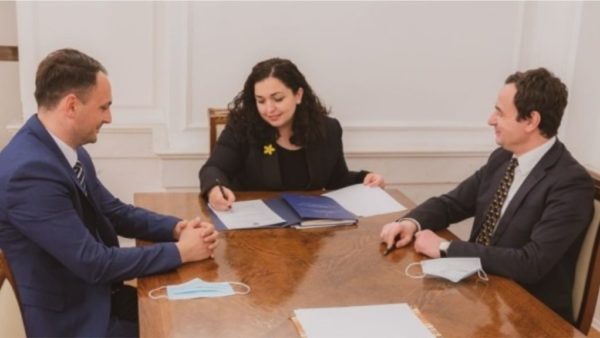 The President and Prime Minister of Kosovo, Vjosa Osmani and Albin Kurti, appointed Petrit Ajeti as Director of the Kosovo Intelligence Agency (AKI).

The two highest leaders of the country stated that the appointment was made under the constitutional competencies of the President and Prime Minister of Kosovo.

The AKI remained without a director for the past four months, after former Prime Minister Avdullah Hoti dismissed Director Kreshnik Gashi on December 17th, 2020.

The law for the Kosovo Intelligence Agency specifies that the President of the Republic can appoint the new Director together if the post has been left vacant for 20 days.

However, the opposition claims that the government is violating the law, since the Kosovo Intelligence Agency remained without a director for a very long time, putting the national security at risk.

The AKI has changed three directors since 2015. The only one who completed a full mandate was Bashkim Smakaj, appointed in 2009.