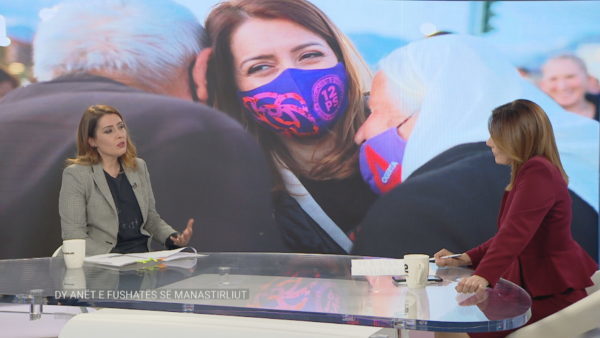 The Albanian Health Minister, Ogerta Manastirliu, was today’s guest on A2 CNN “Absolut 4”. Also a candidate for the Socialist Party in the district of Tirana, Manastirliu made a summary of the OVID-19 situation in Albani.

According to Manastirliu, the epidemiologic situation in Albania is currently stable, thanks to the massive vaccination.

“The number of new cases has dropped. The situation in hospitals is stable. Currently we have less than 200 patients who are receiving treatment in hospitals. The numbers increased in the past weeks also due to the arrival of the British variant. Vaccination started on January 11th, with doctors and nurses. Later we vaccinated teachers and on March 25th we started massive vaccination. We have made 300,000 vaccinations so far”, Manastirliu declared.

The Health Minister said that every hospital stays on standby in case of a sudden increase of the patients who need treatment.

As for the health workers, the Minister said they have received both doses. There have been rare cases of infections among them after taking the first dose.

Will COVID-19 infected citizens be allowed to vote?

The Albanian Health minister, Ogerta Manastirliu, explained on “Absolut 4” that the number of infected voters by April 25th is expected to be around 27,000.

“The Ministry is discussing with the Central Election Commission on this matter. As soon as there will be a decision making, the Ministry and the Public Health Institution will plan the protocols for holding the process in the right way”, the Minister declared.