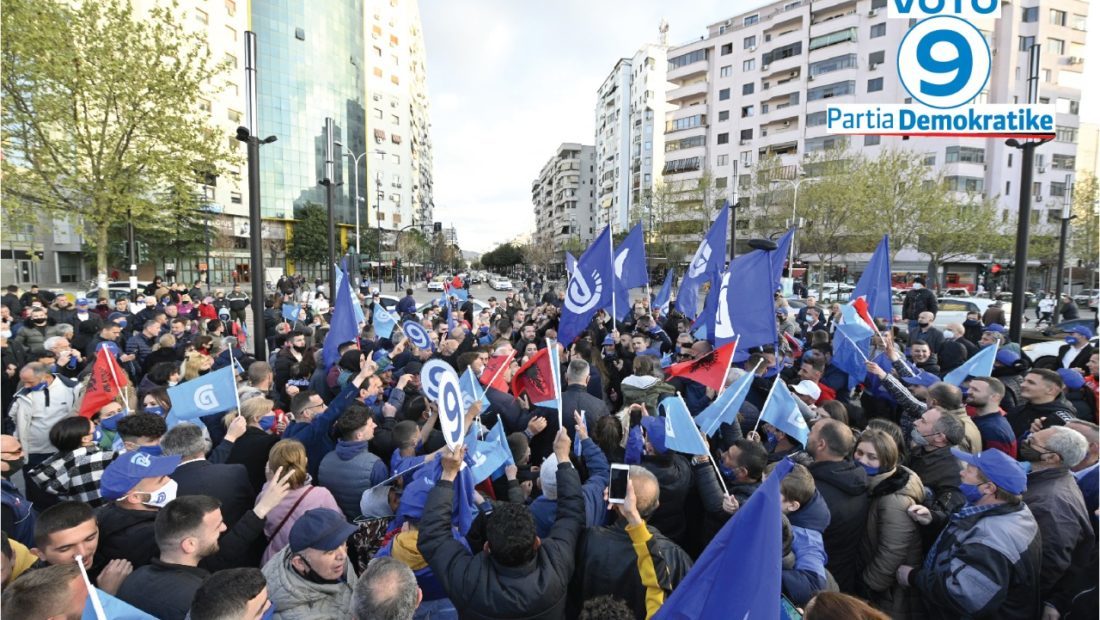 Basha declared that the Socialists are untied against Edi Rama, who, according to him, has accepted the loss of April2 5th.

“Democrats and Socialists are together to vote the Democratic Party on April 25th. He has admitted the loss. His time has come to an end. There is no change without removing Edi Rama from power”, Basha declared.

From the Municipal Unit no.9, Basha said that he would never be in the government with Edi Rama.

“Would you open the door to him? The door of most of the Albanians is closed. There’s no reason for him to come pleading at the door of the Democratic Party. There will never be a co-governing with Edi Rama. There is only one will right now. Albania needs change. Albanains need change. Change comes by removing Edi Rama”, Basha declared.