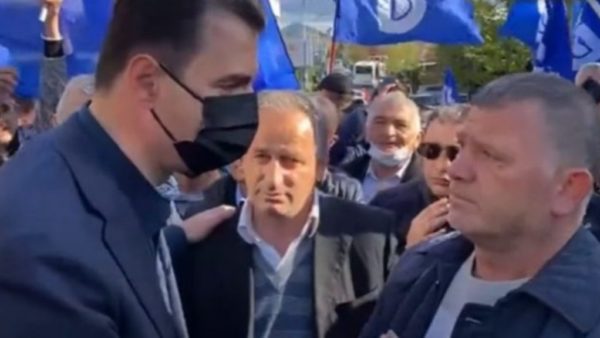 The Democratic Party leader, Lulzim Basha, met with citizens in Paskuqan. Basha met also with citizens who traditionally were affiliated with the Socialist Party, but who are now joining the DP for the April 25th elections.

“I am a member of the Socialist Party. So far I haven’t seen any benefit for myself or the community. I decided to join the Democratic Party today. I want to join you, so that we can continue our road ahead for change, as the US Ambassador said. For bringing change, and not for criminals. I will tear up my membership card in front of you today, because it has no value for me”, said Petrit Marku.

“I am a traditional voter of the Socialist Party. If change was a necessity until yesterday, today it is a need. He promised jobs and he removed the youth from our country. He promised economic revival and he brought a crisis. If we don’t bring the change, then we are to be blamed”, he said.

The opposition leader guaranteed that the change will come for all Albanians despite their political affiliations, as the sufferings of the past eight years have been equal for Democrats and Socialists.