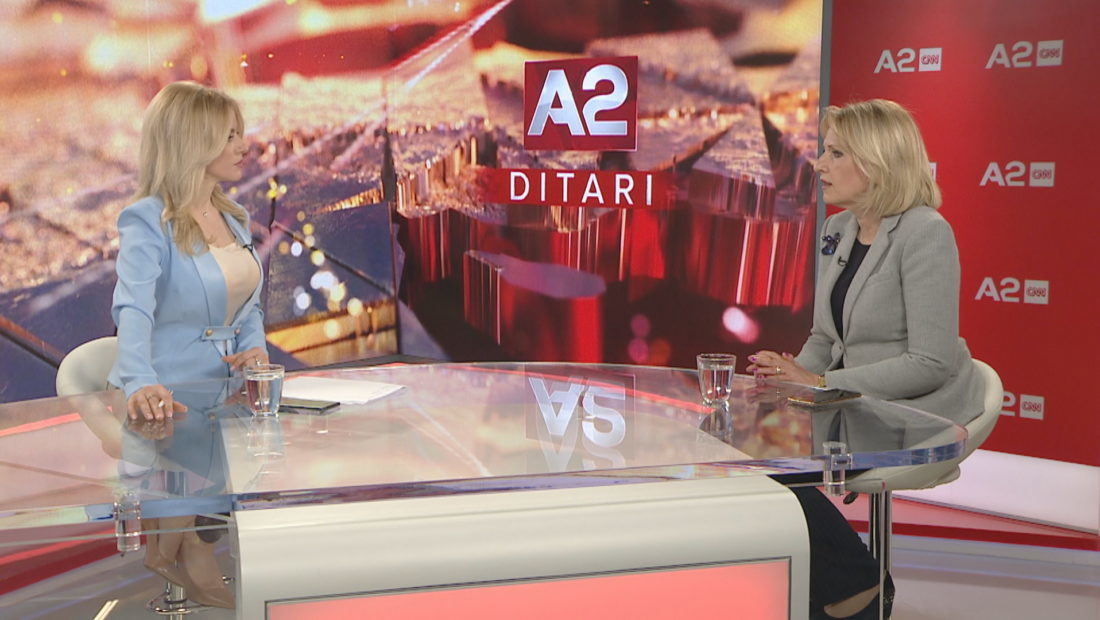 The candidate of the Socialist Party for the April 25th elections, Mimi Kodheli, was today’s guest on “Ditari”, on A2 CNN. Traditionally, candidates who were on top of the list for their party would get the first Parliamentary seats. Those who were ranked lower in the list wouldn’t be able to enter the National Assembly. This time, candidates that break the limit of 10,000 personal votes can enter the Parliament. And Mimi Kodheli, an old member of the Socialist Party, is ranked 21st in Tirana, where the Socialists project to get 19 seats. However, Kodheli said she was certain of her victory.

“People are attentive and they will participate in these elections more than we thought. The participation will increase the vote for the Socialist Party. I am convinced that the Albanian citizens vote mostly for the left. The more people vote, the more votes the Socialist Party will get. We are getting at least 19 seats”, Kodheli declared.

She said she accepted the challenge that Edi Rama gave her by ranking her 21st in the list of Socialist candidates for Tirana. She said that she will get the limit of votes and there will be surprising results,  based on her 20-year-old commitment in politics.

“I accepted Rama’s challenge and I am calm in this race. I didn’t show any discontent. On the contrary, I trust what I have done in the past 20 years. I represent this political force, and I am who I am. This is a serious challenge for me. It will be easier than someone who is less recognized in politics. I don’t believe in political consumption. If you have done something good, there’s no reason for it to be consumed. I know that people will trust me with their vote. I like challenges. This isn’t the first one or the last one”, Kodheli declared.

For Kodheli, the elections will provide big surprises, but having a normal process is the most important thing.

“I have done many things in life. My political family is the Socialist Party. The things that I have done well have served the country and the people. I have given my contribution without sparing anything. People know my values and my flaws. What surprises me is that some people are quick to give a judgment without having information. I am not concerned by social networks. I see people in the eye and words are still dominating for me. This internal force makes me have better challenges, without prejudice”, Kodheli declared.