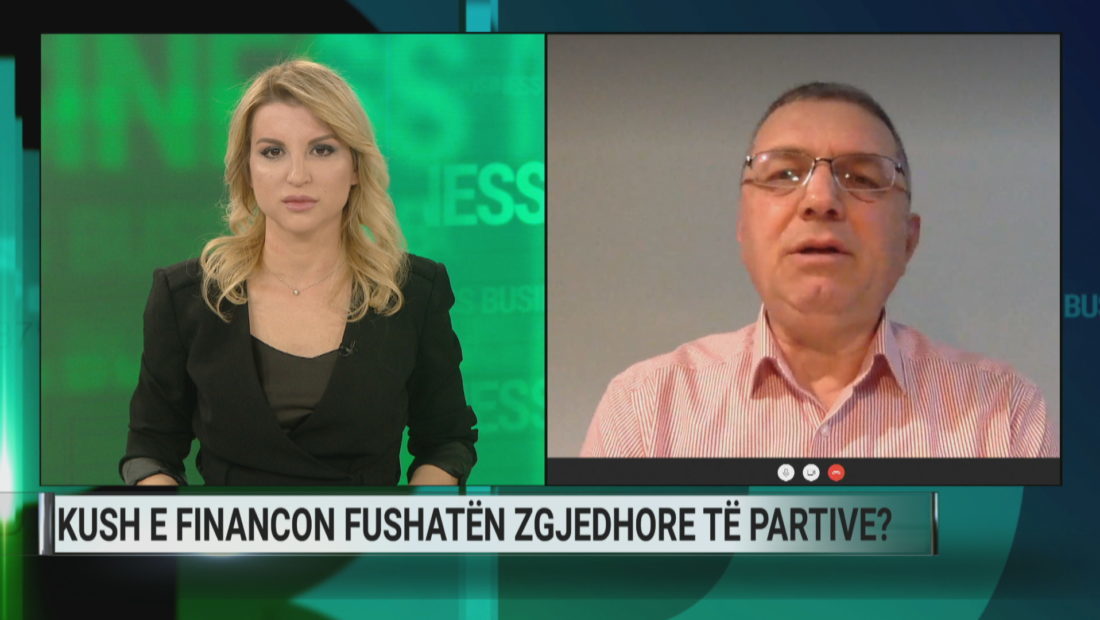 The main topic on tonight’s “A2 Business” show was the large amount of money that is used by political parties during campaigns.

The former Minister of Economy, Zef Preci, declared that informal money of criminal origin comes in bigger amounts than the formal ones.

According to Preci, the biggest support comes from businesses and institution leaders.

“We need to see the close connection between the funding of political parties in general, specific campaigns, and patronage. Indirect funding is identifiable, the usage of the public procurement system. There are medium and large businesses funding both political parties, especially when they know who is going to win. There is also funding of criminal origin, a known phenomenon in the past two elections. There is also budget funding, modest funding, that comes from the membership quota.

“The informal and criminal funding is three to five times bigger. The biggest patronage comes from businesses and institution leaders. They have proper political functions, despite their formal status as public employees”, Preci declared.