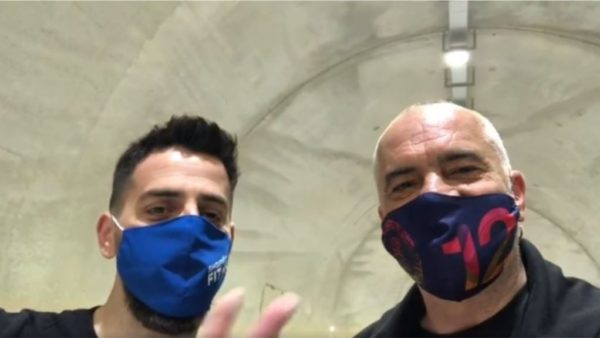 The Albanian PM, Edi Rama, was visiting the tunnel of the Arber Road, which connects Albania to Dibra.

“I came to see the tunnel today and I found the Prime Minister inspecting. Who is going to win? You, or us?”, the Democratic Party follower told Rama in front of the cameras.

The Albanian Prime Minister declared that the winner will be the people. “We are also getting you from the tunnel”.