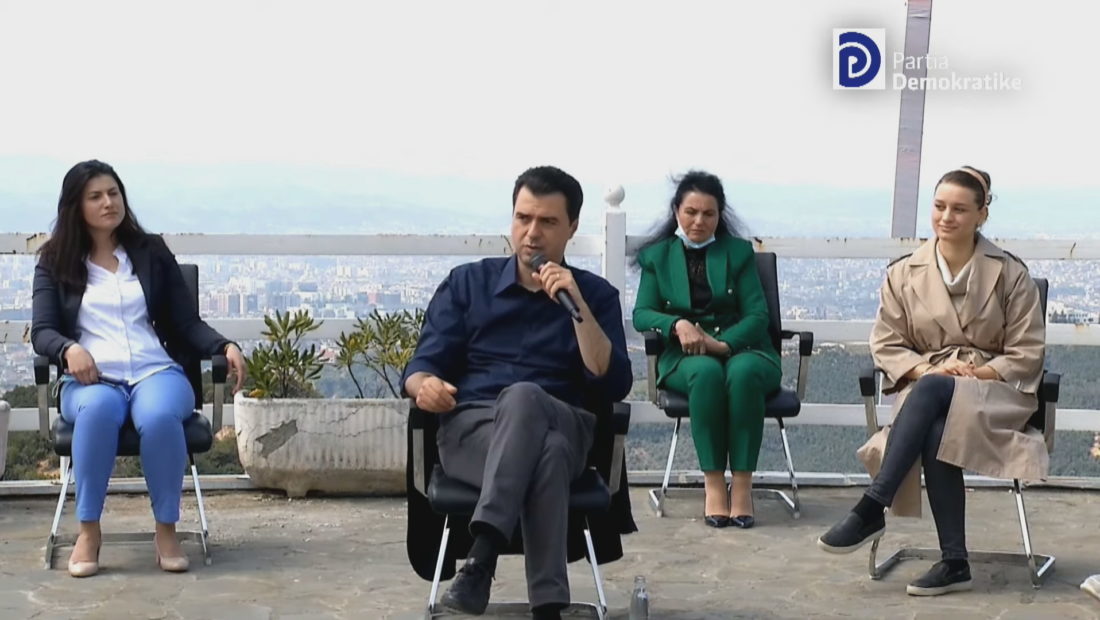 The Democratic Party, Lulzim Basha, met with professionals from various fields and mentioned the priorities that his government will have if they win the April 25th elections.

“It will be a conservatory governing with a human dimension”, Basha declared among other things.

The Democratic Party leader continued the electoral meetings with citizens in the Fresku area. As he spoke with several business who he introduced with the economic package that will help them with the manufacturing industry.

The Democratic Party leader underlined that the minimum wage by the end of his first term will reach 400 EUR.