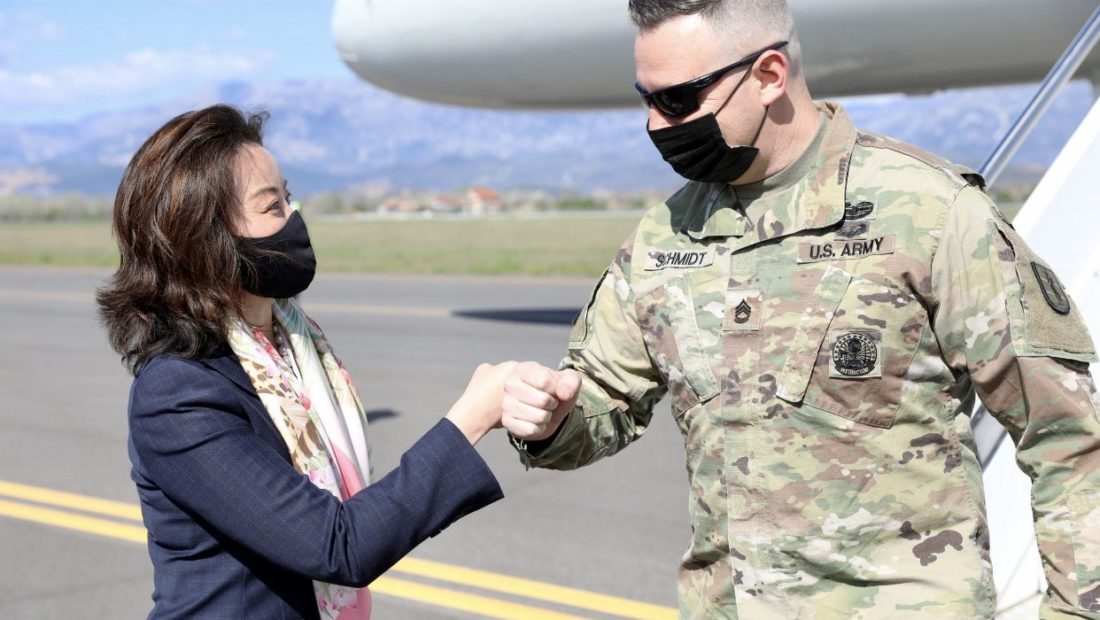 Ambassador Yuri Kim has welcomed today the US soldiers who arrived in Albania for the Defender Europe 21 military exercise.

Proud to welcome the United States soldiers to Albania as we prepare for the largest US-led multilateral military exercise in the Western Balkans. Defender21 will test and strengthen the ability of allies to deploy quickly, fight hard and win”, the US Ambassador declared on social networks.

“Defender Europe 21” will not be just a simple exercise of the US Embassy in Tirana with the US marines, but a real military spectacle, with the attendance of thousands of troops.

Colonel Dritan Demiraj, former Interior Minister, gave details about the exercise that will be held during April, May, and June. Unofficial sources said that for this exercise the troops will use 18 airplanes, 19 helicopters, 10 marine vessels, six Patriot rocket systems, 1000 supportive vehicles, and other military equipment.