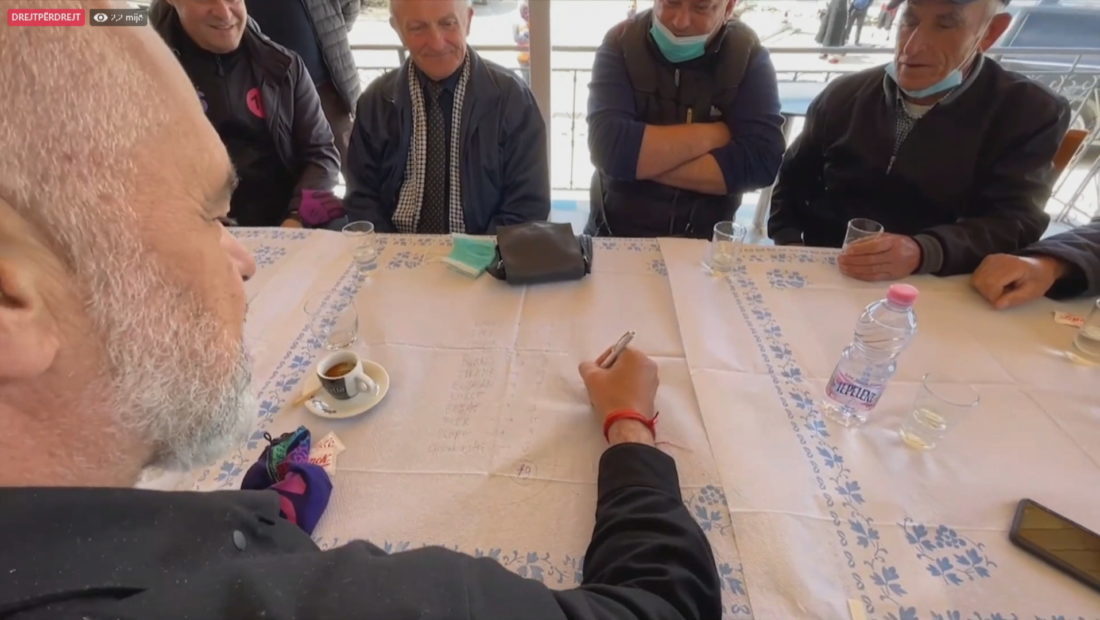 The Albanian Prime Minister, Edi Rama, visited the Kuç village of Vlora, where he was received with traditional polyphonic songs. Rama made a projection on the number of Parliamentary seats he thinks his party will win in the April 25th elections.

“We are expecting to receive 74 to 78 seats.  If Gjiknuri causes a huge earthquake, we may even get 80”, Rama declared with Gjiknuri.

For the Albanian Prime Minister, the Socialist Party will receive 19 seats in Tirana, 8 in Elbasan, 6 in Korca, 5 in berat, 10 in Fier, 9 in Vlora and 3 in Gjirokastra.

The Prime Minister said that the opposition will be able to get a more seats only in the northern side.

He didn’t spare his comments regarding the President, saying that there have also been good times between them. “He changes just like the moon. Once in a good moon he does good things. We’ve done good things together. This is not a good moon for him”, Rama said.