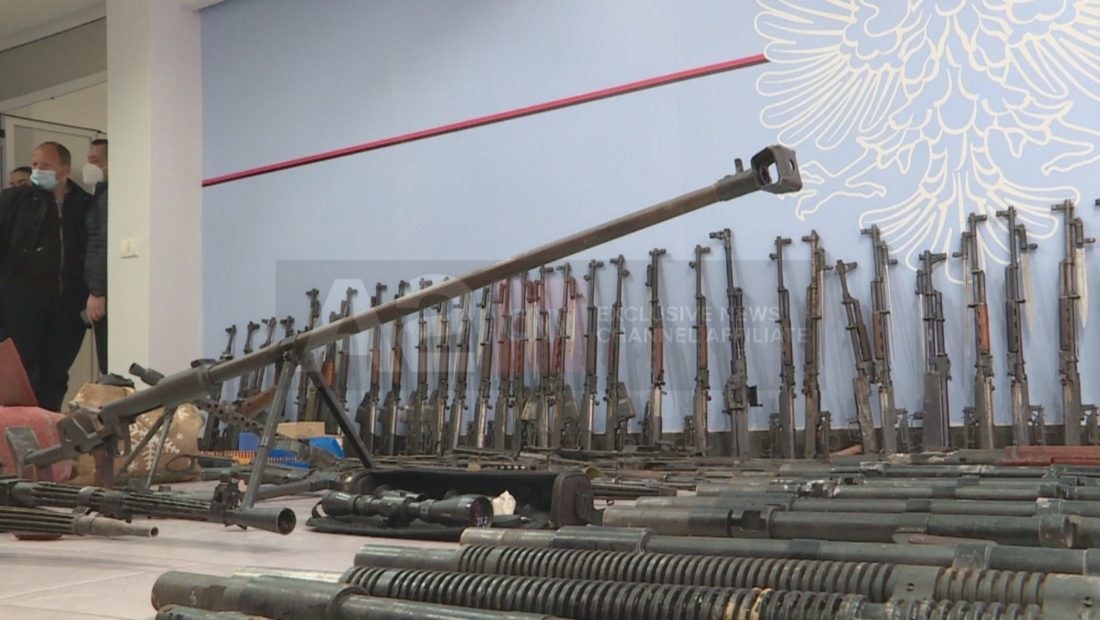 The Tirana Police has seized another hidden warehouse in the capital of Albania, owned by Sokol Xhurra, the person who is being investigated as part of the “Kompleks” operation, which led to the discovery of 18 illegal arms warehouses.

The Special Prosecution Against Corruption (SPAK) announced that the Tirana Police has found the warehouse inside the former Artistic Enterprise, hidden behind a brick wall.

After bringing down the wall, the police has uncovered the hidden warehouse where they seized a considerable arsenal of different weapons. The operation has led so far to the arrest of a dozen of suspects.