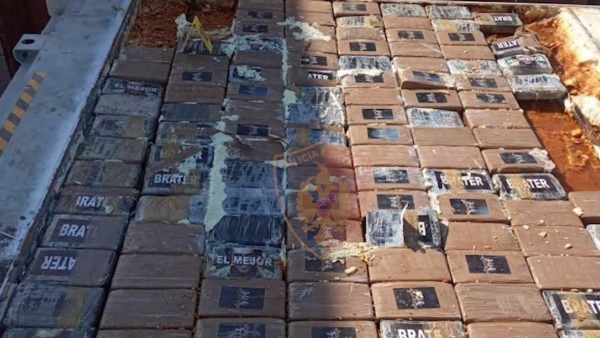 The State Police gave details on the cocaine seized today at the Durres Port.

The operation led by the Durres Police and the Border Local Police, with support from the State Police, in cooperation with the Durres Port authorities, has seized around 143 kg of cocaine.

The investigation is undergoing with Durres and SPAK prosecutors, while authorities have arrested two administrators of the company that was receiving the container with banana.

The containers were shipped from the Guayaquil Port in Equador, had left the Gioia Tauro port in Italy, and its destination was Albania, for a company administered by E.P and K.X.