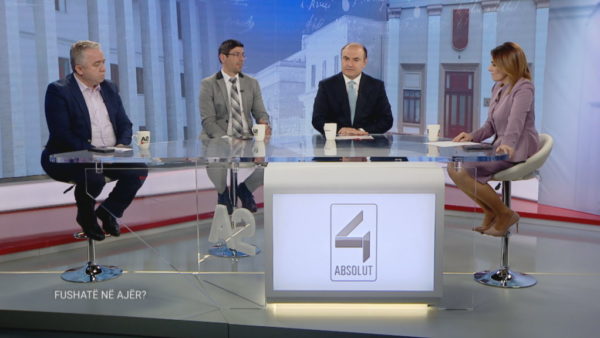 The candidate of the Socialist Movement for Integration, Edmond Haxhinasto, declared that the situation at Tirana’s International Airport would have been avoided with more goodwill and higher responsibility.

“It is more complex than just the salaries. But political interpretations are worthless. There should be a full investigation to analyze the reasons. There should be an audit for the performance of Albcontrol, which impacts our country’s image. It is a matter of national security”, Haxhinasto declared.

He said that it is a shameful fact that the air traffic will be controlled by foreign citizens, as the one responsible for this is the Albanian government.

For analyst Afrim Krasniqi, it is shocking that the private messages between citizens were made public today. It damages individual freedoms and the trust is lost.

Analyst Ilir Kalemaj said that there have been denigrating attacks against air-traffic controllers due to the fact that some of them have been appointed without meritocracy, but through nepotism exploited by politicians. According to Kalemaj, meritocracy is what resolves crises.