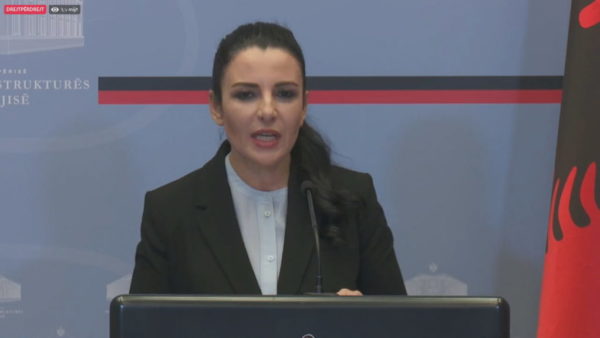 The Albanian Minister of Infrastructure and Transports, Belinda Balluku, accused the Tirana International Airport Air Traffic Controllers of taking Albania hostage with an illegal strike, which, according to her, has been politically motivated.

Balluku appealed to all air-traffic controllers who feel responsible to go back to their duties. As for the others, she says that they have lost their trust and they could commit other dangerous actions.

“Those who are not used by politics should return to their duties and declare that they are able to work. All the others who don’t offer their service must know that they have abandoned their duty in front of 3 million Albanians. You closed the only door that connects the Albanian people to the world. With five people who are being used by politics, you turned Albcontrol into a local shop that can close whenever it wants. All air-traffic controllers who feel responsible must go back to their duties. The trust has been lost for some of you and from this moment you could commit other actions even more dangerous. The building will be taken under surveillance by the Armed Forces”, Balluku declared.

The Minister of Infrastructure declared that their strike is illegal, based on the Labor code, at a time when the country expects another batch of supplies with vaccines.

According to Balluku, some air-traffic controllers are staying inside the buildings in front of the consoles to claim that they have not abandoned their working post. She said that they are abandoning their post at a time when the air traffic has been reduced by 57%, and their payments are very extravagant compared to those of the public administration.