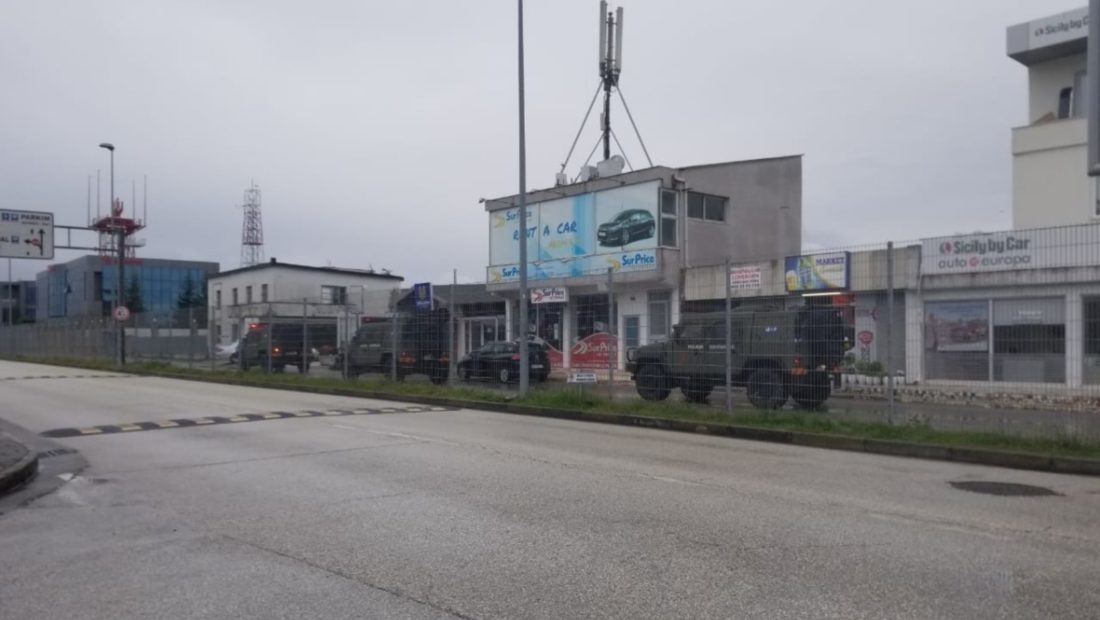 Armored vehicles from the Military Police were positioned at the “Mother Theresa” Airport to secure the Albcontrol building.

All flights were suspended until Wednesday, 10:00, due to a strike started by Air Traffic Controllers.

The negotiations between the Ministry of Infrastructure and the representatives of the Air Control staff have failed, making them suspend their work until April 8th.

Although it was requested that their situation should not be politicized, the Albanian Prime Minister and President Ilir Meta launched mutual accusations, blaming each other for the situation.

Minister Balluku declared that this move is all part of the electoral campaign and to block the vaccines which were supposed to arrive today in Rinas.